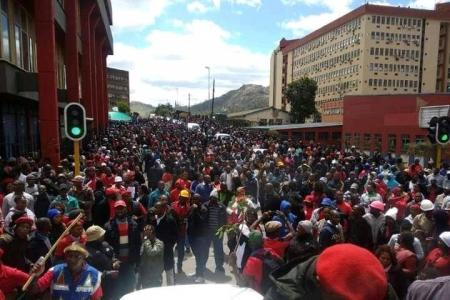 The people of eSwatini (formerly Swaziland), have risen up in protest demanding reforms to its absolute monarchy today (Tuesday 29/06/2021). According to reports, the King (Mswati III) of the southern African Kingdom has fled to neighbouring South Africa and his government has responded to the protest by setting security forces on its people. In classic African govt fashion, it appears that the authorities in eSwatini have also shut down the internet:

Please don't stop tweeting about #Swaziland they need your help. They have shutdown the internet to stop live feeds from the protest because they are shooting at their citizens, at people who want a democracy.

Every generation has its revolutionaries. #eSwatini pic.twitter.com/3rilnL2OOw

It’s unclear at the moment what the situation on the ground is but we, like all other Africans, will continue to monitor the situation.