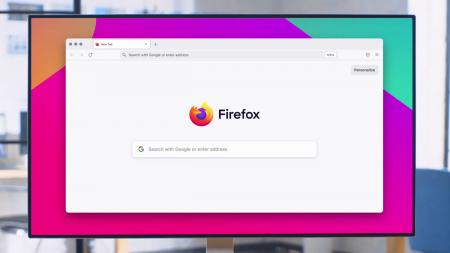 Despite what they tell you, there are just two browsers out there: Mozilla’s Firefox and Chromium. Ok, there are technically three if you include Safari but who is counting? Despite their final names browsers like Google Chrome, Edge and Opera are all based on the Chromium codebase. Firefox, on the other hand, is its own man but it now stands besieged and there is a real concern it might really slip into obscurity.

I still remember the first time I tried the Firefox browser. I was in college and for some reason, the network administrator had helpfully created a downloads page with various pieces of software that he thought would be useful. Firefox was one of those pieces of software.

The name was intriguing and a wondered how different it would be compared to Internet Explorer the then default browser for everyone. I downloaded and installed the package, launched the program and was pleasantly surprised. Never mind the fact that it felt snappier, this was my first tabbed browsing experience and I fell in love. From then on Firefox became my default browser. Every time I would get a new laptop/computer it was the first piece of software I installed.

That was until the first version of Chrome came along and I jumped ship. It seems I was not the only one who went through these phases:

The fear out there is if this continues Web Open standards upon which the web is based such as HTML5 will in essence become Google standards. Given the company’s oversized importance it’s only a matter of time before this happens unless Firefox claws back.

Firefox 89 to the rescue?

A few days ago Firefox announced its latest attempt to stave off the circling vultures in the form of Firefox 89. The browser comes with a new floating tab design, streamlined menus, enhanced info bars and modals prompts. There is also a refined colour palette, a brand-new first-run welcome page, as well as a more “consistent styling” and lighter icons.

They have even made several promotional videos about it but will that be enough to stem the tide and turn their fortunes? Only time can tell. The problem I think, is not that Firefox 89 like all its predecessor is a bad browser. I am using it to write this and it seems good enough. It’s just that there is so much feature parity among browsers people just no longer care enough.

It’s the same reason why we will probably never see a year of the Linux desktop. People are now less militant about these things as a lot of functionality moves back to the data centre where it began. Unless you are a specialist enterprise most tasks can be accomplished the same way no matter which operating system or browser you are using. For example, the reason why we used Internet Explorer and Windows at my former workplace was because of Sage Line 500.

Now you can have Sage in the cloud and it simplifies a lot of things. Small and medium entities do not have the resources to waste on such things as buying servers, doing backups, installing and configuring client software etc. Now if you want Sage you just fire up a browser, click on a bookmark, login and begin working. You don’t need to worry about maintenance.

Given this parity people would rather just stick with a browser they know. It doesn’t hurt that Google has aggressive marketing campaigns. For example, if you visited their website using Internet Explorer they would be a prominent ad telling you to install Chrome. That ad space was never made available for bidding and so Google leveraged its position as a search engine to push Chrome. That’s something Firefox will never be able to do.

It would also appear that Firefox gets the bulk of its money from Google through search partner deals. Given all that it seems Firefox, being open source will never probably die completely but if the trend continues it will become a fringe browser like Safari and Konqueror.