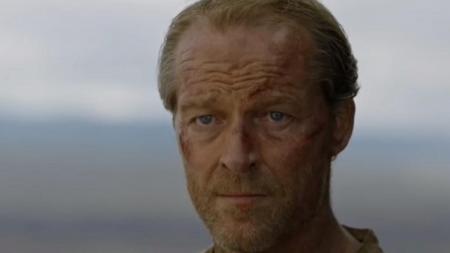 DStv and Multichoice have confirmed that their highly anticipated DStv original, Reyka, will be premiering on MNet starting 15 July at 20:00 hours. The drama stars well known South African actress Kim Engelbrecht who made her name in Isidingo before moving to conquer the US TV scene with roles in Dominion and The Flash. On that note, I still can’t believe they are still making new episodes of The Flash but then again The Walking Dead is still a thing so…

While Kim is famous, it is Scottish (Scotland is also in Britain by the way) actor Iain Glen that has people excited. He is a well-known face from Game of Thrones where he played the role of Ser Jorah Mormont in the HBO hit TV show Game of Thrones. He was initially employed by Varys “The Spider” who had him trailing the young Khaleesi before she turned him. He died during that dark night at Winterfell in the episode where everyone spends the whole time trying to adjust their TVs because they couldn’t see anything.

Based on the videos I have seen and the information DStv have put out, on the surface Reyka is just like any other crime drama you have watched. It seems modelled along the lines of British productions like Broadchurch and for that reason, I don’t think the inclusion of a British actor is coincidental.

You even have the compulsory flawed lead character in Reyka Gama (Kim Engelbrecht) who is haunted by her past abduction by a farmer named Speelman (played by Iain Glen). Driven by her traumatic past she becomes a driven profiler who goes around catching and locking up South Africa’s most dangerous criminals. At the back of her mind is that dark past which will probably form a core part of the arc.

Such stories always leave me fearful. African producers have a habit of wanting to lure in international audiences by suppressing that local feel that makes us African. For example, South African farmers tend to be mostly Afrikaners and they have a very distinct and well-known way of speaking. I, for one, seriously doubt Iain will be able to capture it with his Scottish Accent. He might look the part but Afrikaans (the language and accent) is difficult to reproduce even with some training. Nicole Kidman in the 2005 thriller “The Interpreter” brings back some uncomfortable memories.

Mnet’s CEO, Nkateko Mabaso cited Trackers as an example of past success and what they were aiming for. I am not sure that that’s a good standard. Trackers is a well-produced show with strong visuals but it never made waves. This is mainly due to its plot I believe. It’s just about as African as Megan Fox’s Rogue and has about the same level of authenticity or lack thereof. It also reminds me of Queen Sono with subplots involving the CIA.

The same goes with The Girl from St Agnes another Multichoice production. The only thing remotely African about these productions are the actors and the supposed setting. I say “supposed setting” because sometimes even the shots and scenes don’t even look like the Africa we know and love. Reyke takes place in the sugarcane fields of Kwazulu Natal. When I hear KZN I think Drakensberg/ uKhahlamba/Maluti mountains not sugar cane. This could be about a serial killer who dumps bodies in that mountain but no, it’s about sugarcane fields. Don’t listen to me, I have never produced anything in my life.

It does sound exciting though and I hope it will live up to the hype it’s getting.