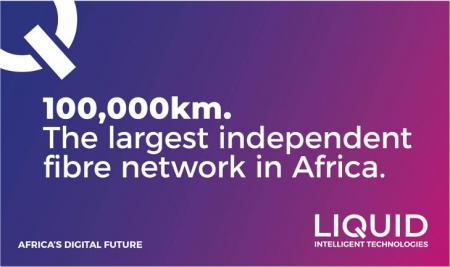 Liquid Intelligent Technologies today held a press event where, on top of reaffirming the companies new image, it announced that its fibre network now spanned 100 000 Kms. This is massive for a company that has been in operation for just under a couple of decades. To put that number into perspective that’s more than twice the circumference of the earth and just over 8 000 km less than the distance covered by the Trans-Africa highway.

For those who like timelines, here is a snapshot of what Liquid has been up to since its inception:

The fibre network now connects countries that before this didn’t have a fibre connection, weren’t connected to other parts of Africa or to neighbouring countries. We saw earlier this year that Liquid announced the completion of the East to West Terrestrial Network which was the first time the two halves of Africa had been connected to one fibre network.

As I am sure you are already aware, Liquid is no longer just a telecoms provider. The company has branched out into offering cloud services through its subsidiary Africa Data Centres as well as a Liquid cybersecurity product. And the tech behemoth is now, through the acquisition of Quatro Business Group (QBS), part of the Microsoft product ecosystem.

Its enterprise business has been booming with now more than 250,000 business and broadband customers. To add to that Liquid now has 1TB peering and content delivery network (CDN) capacity, resulting in the company carrying 76% of peering and CDN traffic within Africa.

The 100 000 kms fibre network milestone looks like it will soon be added on to because Liquid Intelligent Technologies is still very busy. At the press event, the company said they are close to completing the metro link in Nigeria as well as a wider fibre project in the West African nation.

It looks like the only way is up for Liquid Intelligent Technologies for some time to come.