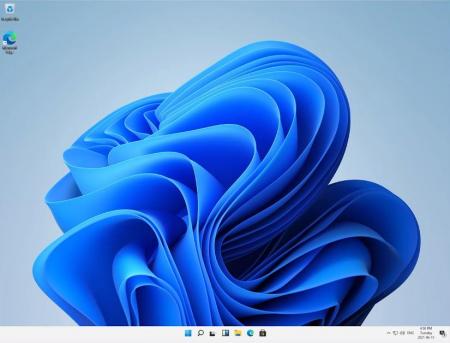 Microsoft has published the hardware requirements for Windows 11 and much to everyone’s dismay it seems most Zimbos will have to buy a new computer if they want to run/upgrade to Windows 11. The good news is that Windows 10, the current version of Windows on most people’s computers, will be supported until October 2025.

The bad news is that Windows 10, like Windows XP is likely to become a Zombie OS, that will live beyond this on a lot of Zimbabwean computers. I have seen wheel alignment guys boot up their computers to the greenhill wallpaper that is so typical of Windows XP. A number of people that offer typing services in town also still use Windows XP.

If you want Windows 11 running on your computer it will need to meet the following minimum requirements:

Does my laptop/computer support the upgrade to Windows 11?

What most people don’t seem to get are the generations. In simple terms every year or so, Intel makes some improvements to its processors. These improvements generally tend to make the processors of a given class e.g. faster, smaller, or more efficient than those of the previous period. So you can still have two Core i7 processors-one from last year (10th Gen) and one from this year (11th Gen). They may be both Core i7 class processors but this year’s processors are typically better in some aspects than last year’s.

In some cases, the gulf between generations is so wide even an Intel Celeron processor (say an 11th Gen Celeron) would be better than an Intel Core i7 (say a second Gen). You can usually tell the generation of the processor in your computer by going to:

You can tell the generation of the processor by the first digit after the dash. In this case, this is a Core i7-4790 CPU i.e. a Fourth Generaton CPU. In Ubuntu you can see the process you have by pressing the Windows/Cmd key and searching for About, if you are running GNOME.

Here you can see my OS is running on an i7-8565U CPU. That is an 8th Gen CPU. In simple terms, if your computer was made before the last quarter of 2018 chances are it cannot handle Windows 11. Let’s just make March 2019 the cut off to be safe. A lot of Zimbabweans get their computers second hand, which means you should be on the lookout for that 8 as the minimum cutoff if you intend to run Windows 11.

N.B. Most people think that there are no 9th Gen laptops out there. They do exist although they are quite rare.

There is another easier way to check and see if your computer can run Windows 11 especially if you already own the computer. You can download Microsoft’s PC Health Check app. It will tell you whether your current Windows computer can handle Windows 11. Obviously, the reason why I mentioned processors above is that you cannot go around asking potential sellers if you can install and run your app before you can buy the laptop.

Windows 11 is really an improvement

I can understand why Microsoft is doing this, they want to make sure everyone running Windows 11 has a good experience. Often “slow Windows” is a result of poor hardware. You also have to remember that Windows 11 now also allows you to install Android APKs via the Amazon Store, such feats of magic require a beefy recent processor.

Also about Android Apps on Windows 11, a lot of people seem to have misunderstood the gist of my argument in an early article. I was not bashing Windows because they only just got this feature after Linux and macOS, I was simply trying to tell people that, having seen the feature that allows you to install mobile apps at work on Linux and macOS in action, they might want to tone down their excitement. Installing apps meant for mobile on a Desktop or Laptop almost never results in a good experience.