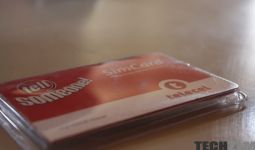 The country’s smallest mobile network operator (MNO) Telecel’s spiral continued into Q1 2021 according to the latest POTRAZ sector performance report. Telecel lost a staggering 20% of its subscribers in just 3 months!

This is a massive deal because the market looks like it may be losing a company that could otherwise be a competitor to NetOne and Econet. However, that being said Telecel hasn’t helped itself… The MNO has been plagued by boardroom wrangles that have caused a general lack of unified strategy or direction.

An example of this absence of synergy is how mobile data and internet usage went up in 2020, but Telecel’s mobile data market share was being consumed by Econet and NetOne. At the end of 2020, Telecel commanded only 0.6% of mobile internet and data traffic.

A possible explanation for this comes by way of Communications and Allied Workers Union of Zimbabwe Secretary-General, David Mhambare, who said that Telecel has been failing to upkeep its infrastructure.

“Telecel topline has been shrinking in real terms. In Masvingo and Manicaland there are four engineers and one vehicle, an engineer from Harare attends some of the faults. Workers in Gweru are walking to the Gweru base station controller to ensure there is connectivity because once the base fails, it affects the network in Gweru, Gokwe, Masvingo and some parts of Bulawayo.”

The smallest and strangest silver lining

Keeping on the point of mobile data, Telecel “bounced back” in Q1 2021. The operator was, according to POTRAZ, able to claw back 1.4% of the mobile data and internet market share.

Now I don’t know about you, but for a company to lose 20% (145,990) of its customers and then make up ground in any respect is a little suspicious… But maybe there are some ardent Telecel fans out there who might just keep the MNO afloat.

The increase in mobile data market share might mean that Telecel may have gotten its act together when it comes to service delivery. However, with people fleeing from it I don’t see how the company could possible gain the market’s faith and make more substantial gains in the future.