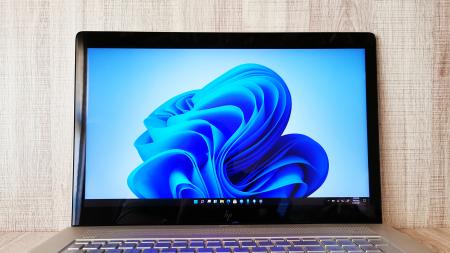 Windows 11 is out, it is very touch friendly and looks like an evolution of Windows 10 so it has some familiarity to it. I’d love to highlight that the Windows 11 I am taking a look at is the leaked version so I’d advise you to wait for the official release unless you don’t mind doing some debugging.

Those who are impatient can sign up for the Windows Developer Program and hope they get selected to test out the public beta of the Windows 11 OS getting released next week. Also you need at least 52GB of free space to install it just so you know. You can also get a taste of the visuals in the video below.

The Windows 11 build that I have has the following details:

And the hardware I am running it on is:

Windows 11 is pretty much a design refresh of Windows 10 at face value. The design refresh looks at the app icons, margins around app icons and buttons and smoother, more rounded corners on buttons. In the whole setup process I was not frustrated at all clicking buttons on the touch screen.

The biggest design change at least for touch based systems in Windows 11 is the task bar, the start menu and the widgets.

With the task bar, all app shortcuts are now centre aligned including the Windows button. Again the spacing between shortcuts, which I shall mention a lot by the way, makes it easier to navigate on touch based systems. If you feel this alignment is unnatural you can just right click on the task bar and choose the left align option.

In Windows 10, a swipe from the left edge of the screen (Touch screen) would launch a timeline view of all the apps and files you opened on your PC starting from the most recent. In Windows 11 this gesture now launches widgets which primarily show your weather, stock prices, sports and news and for non-touch based systems there is a widget button on the task bar to launch the same view.

The start menu is now rearranged. Tiles in Windows 10 have now been replaced with just app icons in Windows 11. Clicking on all apps will show you a list of all the apps installed on the PC and Recommended will show you recently installed apps as well as recently opened files. I think the name Recents was better for this one.

So I have been using it for about 24 hours now and my experience is quite limited but for a leaked OS it’s been quite stable. I only have 3 bugs I experienced on my hardware which include some glitches in browsers where things occassionally load funny. Then again my internet is dodgy but I don’t remember experiencing such in Windows 10.

The other, which I will blame my lack of patience on is audio. There is completely no bass or stereo separation in any audio I play via the laptop speakers or via the headphone jack. However bluetooth audio sounds perfect so maybe it is a driver issue.

The last one which I am not sure if it is a glitch or a feature is that is suspends tabs in the browser if you do not open them for a while. It is annoying to have to reload a tab that you had left open but it seems to be a performance boost feature where it clears more RAM whilst reducing strain on the processor to improve performance.

I say this because with Windows 11 the fan on my laptop spends A LOT more time idle than running and A LOT less time running at max RPM. Even my powerpack has been marginally cooler than when I was running Windows 10 so battery life should improve.

Speaking of battery the 3rd glitch is with the power options. At times when running on battery, my laptop refuses to be put in max battery saving mode. It randomly does it so hopefully an update sorts that out.

These are my 1st impressions with the leaked version of Windows 11. So far, like it a lot!

6 thoughts on “Windows 11 setup & 1st impressions. It’s made for touch”