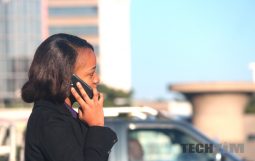 Yesterday, the Postal and Telecommunications Regulatory Authority of Zimbabwe released a state of the sector statement. That document was pretty brief and we were waiting for the more detailed report and well… it is finally out. The figures for the performance of the sector are similar to ones we reported yesterday however in the full report something came to light that was quite concerning. According to POTRAZ’s Q1 2021 report women make up 41.3% of mobile phone subscriptions.

This is very concerning because of the 13 million active mobile subscriptions across Econet, NetOne and Telecel women only make 41.3% of that sum. What I mean by this is that according to Zimstat report in 2012, women made up 52% of the population.

How can the largest proportion of the population be so underrepresented in mobile phone subscriptions which are pretty commonplace these days? Worse still, the easiest gateway to financial services in Zimbabwe is through mobile money which you need to have a mobile phone line to acquire.

The figures reported by POTRAZ make for an even more uneasy reading when we look at the number of female-headed households in Zimbabwe. According to a report by The World Bank (2015), 40.6% of homes in Zimbabwe were female-headed.

Now, the definition of a female-headed household differs depending on the region or country under review. In “developed” countries it typically refers to a woman who has never married or had children. But in Africa and more to the point Zimbabwe, it commonly means:

The World Bank clarified that by saying that it doesn’t mean that women cannot lead a household. Nor does it suggest the developed world definition can not apply to cases in Africa. It speculates to the composition of a household playing a role in how many children are sent to school and the distribution of family income. And with Zimbabwe the way it is and after COVID-19 pushing people online the proportion of female mobile subscriptions is very very concerning.

6 thoughts on “Women only make up 41.3% of mobile phone subscriptions in Zimbabwe?!”