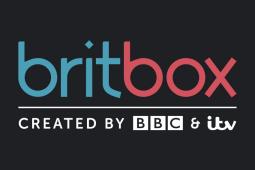 In February of this year, we learnt that the popular streaming platform BritBox would be available to South Africans, which almost certainly means some Zimbos will have access too. South Africa will be the fifth country to get the nod after the United States, Canada, Australia and of course the United Kingdom itself. We now have a launch date, 6 August 2021.

What’s BritBox and how much will it cost the South Africans?

BritBox is a joint operation run by ITV and BBC. The former is a free to air commercial operator kind of like the eTV of Britain and the latter is a public owned broadcaster along the lines of ZBC although there are some differences. The streaming platform is a way for them to extra money and make themselves relevant in the Netflix era.

The two operators already have their own Video on Demand offerings on their websites. ITV’s hub has premium and ad-supported tiers while the BBC’s iPlayer is funded by TV licences and doesn’t feature ads. For these, the two follow a DSTV Now/Catchup like model. Recently released aired TV Series episodes and movies are available to stream but they do come with an expiry date. Something that has sparked controversy on iPlayer given that it’s publicly funded.

BritBox is there like what ShowMax is to Multichoice. Entire Box Sets of older shows even those that are no longer available on ITV Hub or iPlayer as well as recently content that’s available on these two streaming platforms is available on BritBox. This means you can watch older episodes of Doctor Who and Line of Duty and also watch recently released episodes of the same. The freely available platforms might say have only older episodes or only new episodes but typically not both at the same time.

As for the price South Africans will be asked to fork R99 per month and get two months free if they sign up for a year in advance i.e almost a thousand Rands. That’s about US$6.69 or US$67.44 respectively. That’s almost the same price that people for ShowMax. In comparison, Amazon Prime is around R80 per month and Netflix goes for R139 for the Standard two-screen plan.

What did you say about Zimbabweans being able to access it?

It’s not clear when BritBox will come to Zimbabwe, it ever does. The good news is for a number of Zimbabweans who want in this probably won’t matter much. You can just sign up using a South African address, or if you are lucky and have a relative in South Africa they can do it for you. That is probably much easier than the current scenario where you need a UK, Canadian or US address as there are more Zimbabweans in South Africa.

You can then watch using SmartDNS or VPN. That seems like a lot of effort to go to watch a couple of British shows but I grew up on these shows have a taste for them. For me, it’s a no-brainer. BritBox allows up to 5 simultaneous streams. With five guys sharing this that’s like a dollar!