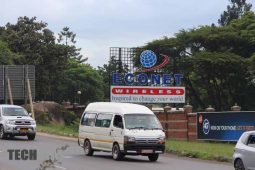 A few days ago Econet Wireless Zimbabwe (Econet) issued a notice to its debenture holders offering to redeem debentures it issued on 17 January 2017 early. This means instead of waiting for them to mature about three years from now, the holders of the debentures can have them redeemed now. The debentures have a market value of approximately US$73 million including interest; an amount which is so significant the RBZ is involved in the process in order to “manage market liquidity.”

Notice is hereby given to the Debenture holders of Econet Wireless Zimbabwe Limited inviting them to offer their Debentures to the Company for early redemption in accordance with the provisions of the Debenture Trust Deed dated 18 January 2017 and the Circular under which these Debentures were issued dated 17 January 2017.

Part of Econet‘s notice on the call for debentures

What the heck is a debenture

When you are a large company like Econet (just assume we are talking about Econet Wireless Zimbabwe when we say Econet in this article) you have three main ways of raising money for large capital expenditure projects:

Anyway, as already hinted above, the reason why Econet is offering to redeem these debentures early is in order to manage the foreign currency obligations that come from this redemption. The RBZ will be helping them perform the phased redemption so as to minimise the likely seismic effect of moving US$73 million at once at some future point.