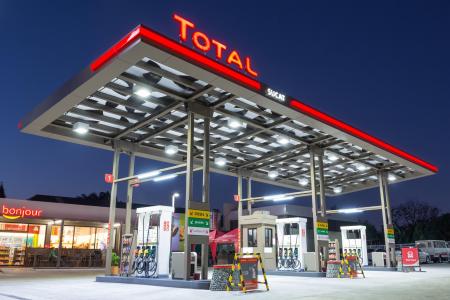 Econet Group’s solar subsidiary Distributed Power Africa (DPA) has announced that it has secured a deal with Total Zimbabwe to install solar panels at 15 of its service stations.

“We are excited that businesses are taking such big steps towards adopting renewable energy, and we look forward to a great collaboration with Total Zimbabwe as we work on the roll-out of solar power, which is an essential transition to new energies”

This is all part of Total’s current program to install solar-powered service stations across the 57 countries the business operates in. The company wants to lower its own individual carbon footprint and it also wants solar to account for at least 20% of its energy trading by 2040. In Zimbabwe, Total is looking to combat the power supply issue as power cuts have forced the firm to dependent on generators which increase its operating costs.

DPA was brought in not only to provide the necessary equipment but to also design a custom grid-tied solar system. If you remember late last year the Zimbabwe Electricity Transmission and Distribution Company (ZETDC) announced that anyone who has a grid-tied solar system can feed back into the national grid. Thereby helping ZESA in its effort to offset the imbalance between the demand for power and its supply as well as the owner of the system earning credits from the authority.

To date, Distributed Power Africa (DPA) has already installed and commissioned Total service stations in Rusape, Avondale, Emerald Hill, Westgate and Chisipite. Implementation for an additional three service stations in Victoria Falls, Kwekwe and Msasa is in progress, while the rest of the sites are undergoing a power-needs assessment.

Earlier this year we talked to DPA Africa’s Group CEO Norman Moyo about the company’s strategy to engage businesses to adopt solar power as well as the state of the renewable energy space in Africa.