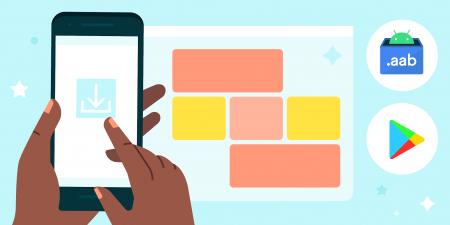 Google has announced that it is moving away from the popular APK format on the Play Store starting August this year. The new format will be App Bundles (.aab) which the company rolled out a couple of years ago.

“Since we launched the Android App Bundle in May 2018, we’ve seen our developer community embrace this new standard to benefit from streamlined releases and advanced distribution features. There are now over 1 million apps using app bundles in production, including the majority of the top 1,000 apps and games on Google Play such as Adobe, Duolingo, Gameloft, Netflix, redBus, Riafy, and Twitter.”

Google on its Android Developers’s Blog.

The biggest benefit of Android App Bundles according to Google is that they allow for the creation of smaller apps. On average they are 15% smaller than the universal APK versions and they download a lot faster. Google also goes on to say that the app bundle requirement applies only to new apps or entries on to its Play Store. Existing apps are, at the moment, exempted as well as private applications being published to managed Google Play users.

The announcement that Google is moving away from APKs might have something to do with Windows 11 accommodating Android apps. There was the provision that you could sideload applications onto Windows 11 but with the shift from APK to Android App Bundles it might mean fewer applications are available for Microsoft’s new version of Windows.

For developers creating new Android app in Zimbabwe it doesn’t look like this will change how you distribute your applications. According to Google, you can publish applications on the Play Store in the required Android Bundle format. And you will still be able to download APKs for distribution on other platforms.