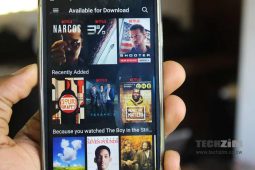 Netflix is set to launch a mobile-only subscription plan across Sub-Saharan Africa according to a report by News24. This is after Netflix had tested the concept in Nigeria, and South Africa last year. The world biggest streaming service will now put itself in direct competition with DStv’s Showmax with regard to offering a mobile-only service.

What we have been waiting for

The move to launching mobile-only packages is a no brainer. Global mobile internet traffic has been on the up. According to Broadband Research, mobile internet usage makes up about 56% (as of February 2021) of internet traffic, up from 52% in 2020. In Africa, the vast majority of people consume content over the internet on a smartphone or a tablet.

According to a report by GSMA, there were 272 million mobile internet users in Sub-Saharan Africa. That figure is set to reach 472 million by 2025. And here in Zimbabwe we have seen mobile internet usage easily leapfrog the recorded figures, quarter on quarter, announced by the Postal and Telecommunications Regulatory Authority (POTRAZ).

Bringing a mobile-only plan to Africa is very exciting especially looking at how much cheaper it is compared to the company’s other packages.

As you can see, a very reasonable deal to get the latest Netflix content. On that note, there was no specific date for when Netflix would be launching its mobile-only plan in the report by News24. However, it is encouraging to see that we are closer than we were last year.