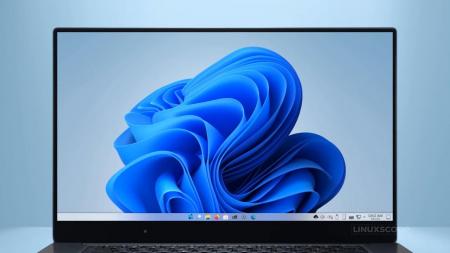 It has been weeks since Microsoft announced its latest operating system Windows 11. This will be the successor to its popular Windows 10 operating system that was originally launched in 2015 and has been subsisting as a sort of rolling release. The thing though is that there is no Windows 11 just yet. This is an upcoming release and thanks to the early announcement by Microsoft a lot of people don’t know this.

I still don’t know why Microsoft did this. Couldn’t they have waited until they were ready to launch? Right now all we know is that the Operating system will be officially launched during the 2021 “Holiday season”. Does this mean Halloween? Thanksgiving? Christmas? Boxing Day? Black Friday? No one knows. Currently what we have is a preview edition.

The problem is compounded by the fact that the new version of Windows comes with onerous requirements that are beyond some current Windows 10 PCs. This has prompted numerous online guides with workarounds, tips and tricks about how to get Windows 11 onto your computer even if it does not meet the requirements.

Unfortunately the sheer volume of these as well as “cracked installers” out there is so many normal users are getting confused and tricked into installing malware onto their computers in the quest to get their hands on Windows 11. It’s a fact that was recently highlighted by security and antivirus company Kaspersky. They noted that the internet was teeming with fake Windows 11 installers and activators that were just waiting to be unleashed on unwitting downloaders.

A large portion of these threats consists of downloaders, whose task is to download and run other programs.

Those other programs can be very wide-ranging — from relatively harmless adware, which our solutions classify as not-a-virus, to full-fledged Trojans, password stealers, exploits, and other nasty stuff.

How to upgrade to Windows 11 the right way

The most bugging question I have is why are people even downloading Windows 11 activators in the first place? I don’t use Windows but even I know this upgrade is free if you are running Windows 10. Zimbabweans and a lot of other people out there are so used to piracy sometimes they don’t even know when they don’t need to.

Almost any laptop you buy these days comes with a free Windows 10 key. Even if it doesn’t you can get a genuine key for less than US$10. Surely that is not a steep price to pay to make sure your computer, the files on it and your private personal information are safe.

The best and safest way to get Windows 11 preview is the official Microsoft way. Just sign up for the Windows Insider Program, make sure you have an awesome internet connection, make sure your computer meets the minimum requirements and use Windows Update to get the preview. Again it’s free.

Avoid going to sites like PirateBay to download repackaged ISOs, you can never know what’s in them. Most of these files are laden with malware files or at the very least bloatware.