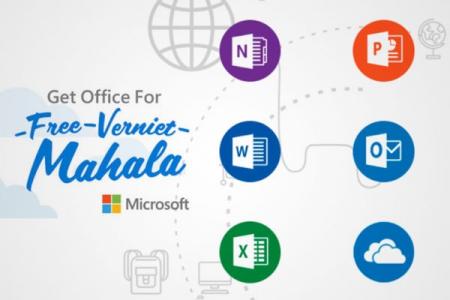 US students have always had the good life. A lot of tech companies have always showered them with discounts. They get free domains with Namecheap, they pay less for Spotify, they get free Jetbrain licences, a free Github pack and they get Google Workspace for free. Above all, they get Microsoft Office for free too. Now it seems Microsoft has brought this to the horned continent too. South African students can now get Microsoft Office for free.

The software giant has partnered with Penguin, Lava, Lamp lab and NBConsult to create a portal called Mahala.ms (the MS domain extension for a territory known as Montserrat which is part of the British territory and doesn’t stand for Microsoft as I initially thought. All South African students need to do is go to https://mahala.ms/signup/ and enter their details. Once you have done so, your ID is used to automatically determine whether you are eligible or not.

South Africa has gone smart IDs that come with really cool features, including automatic opening of bank accounts without the need to go through the laborious KYC requirements that Zimbabwean banks demand. Their Home Affairs department comes with a cool API.

To qualify, you have to be a student between the ages of 8 and 24. If you qualify you get Microsoft Student which comes with cool free features valued at around US$100. These include:

Just to be clear, you get access to the entire Office suite including Word, PowerPoint, OneNote, Outlook and Excel. No need to activate using cracks and risk getting viruses.

It would be nice if we had this in Zimbabwe

It would be nice if we had this in Zimbabwe too. A lot of people get stuck using old software. I have seen typists in town not only using Windows XP, but using very old versions of Microsoft. Usually, in such cases, money is the object. Of course, older people who use Microsoft Office in the work environment would be expected to pay for it, but Zimbabwean students could really do with such a relief.

They are already struggling to pay their fees due to the lockdown. These days learning is the norm and having free perks included can ease the process. Of course, it’s possible to have a portal like Mahala, but they could maybe partner with Universities to allow students to sign up using .ac.zw emails just like they do with .edu emails in other parts of the world.