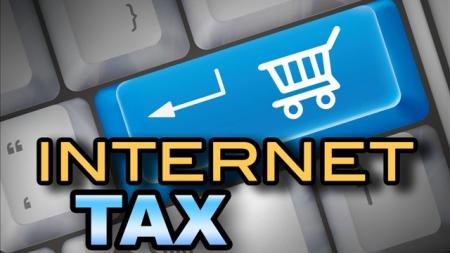 Starting this month, Ugandans will no longer have to pay the social media tax that their government introduced back in 2018. The daily tax of 200 Ugandan shillings (approximately 5 US cents) was required every time you wanted to use social media. It was an over the top tax which resulted in millions of people either resorting to VPN or unable to use social media. You would think the scrapping of this tax is good news-it’s not. Instead of this, Ugandans have to pay even more in a new internet tax pegged at 12%.

This means that the price of social media bundles and internet connections have in essence gone up by 12%. Mind you, this 12% is in addition to an 18% that the government already collects.

The initial goal of the social media tax was to reduce “idle talk” and online “gossip” as well as boost the economy by increasing revenue. The new internet tax seems to have the same goals, although it’s not clear how it’s an improvement on the social media tax. The Ugandan government, much like other “strongman” government’s on the continent doesn’t like it much when people use the internet, and it seems the goal here might be to make it unaffordable.

Data from POTRAZ and other regulatory authorities show how traditional media such as radio and TV, which are often controlled by governments, are being relegated to the periphery of our lives. Social media, which was often mocked, has instead risen to rival or even eclipse traditional media. This has not escaped the notice of authorities.

The Ugandan government shut down the internet at the beginning of this year after their official pages and fake accounts promoting the current government were taken down. Opposition figures, who get very little airplay in the traditional media, often dominate social media which the authorities cannot police, and they are therefore quite happy to reduce the section of the population that can access the internet.

What they fail to realise is that there is a real economic impact. Uganda’s economy might not be flailing like Zimbabwe’s, but they are not doing well either. The United Nations have linked the GDP of countries to internet penetration, and there is a good reason for that. The internet avails opportunities to the populace that are otherwise non-existent.

A lot of commentators have castigated the Ugandan tax. Due to higher rentals, a lot of Uganda’s youth populations had so-called Instagram shops where they would sell their wares to the public in cities such as Kampala. Others used Facebook instead. COVID-19 has also made such arrangements important, as people often have to live with successive lockdowns and other restrictions.

A lot of companies are also relying on remote work. They have employees remotely using email and video chat apps such as ZOOM to collaborate and conduct meetings. This new tax will see the costs of doing this during a pandemic rise. Despite claims that it will raise government revenue, a fact used by Mthuli Ncube to justify his 2% tax too, it does so at the expense of doing business and overall harms businesses.

This tax is just a smart way of shutting down the internet and limiting it’s reach.