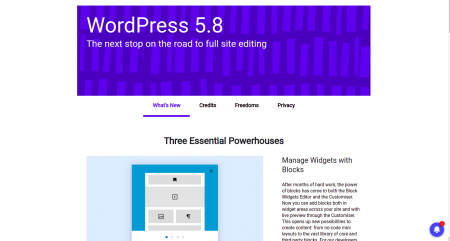 Recently the folks behind WordPress released this year’s second major release of WordPress for this year – WordPress 5.8. And it comes with an awesome surprise that I gushed about a few weeks ago. This release now natively supports WebP. As I said in the earlier article this is huge.

Just to recap WebP is a relatively new image format that comes with Google’s blessings. It’s powered by the Google-developed VP8 compression format which is a precursor to the VP9 which YouTube uses to compress its videos. If you never tried to use YouTube before 2013, just take my word for it when I tell you VP8 and VP9 are awesome. Thanks to these game-changing video compression algorithms we are able to watch high-quality videos even using our rather slow Zimbabwean internet connections.

WordPress powers just under half of the internet. Hopefully, by having native support for WebP more and more people will start using the format. Research over years has shown that the format yields consistently smaller images compared to PNG and JPEG. Test after test has shown how images are one of the major reasons why websites are slow out there. The new feature will lead to a speed bump when it comes to loading sites that adopt the new format.

I have a WordPress site, how to I adopt the new format

As pointed out this feature is now in the core itself so if you had a plugin you can now safely disable it. You will still be able to upload WebP without using your plugin from now on. WordPress will automatically add the images to the media library. Taking about the media library, it got a new feature that allows you to copy the URL of uploaded files without needing to click on edit. There is now a convenient “Copy URL to clipboard ” button next to images.

If you haven’t used WebP on your site before there are some things you need to know:

Naturally, the latest version of WordPress (5.8) is much more than about images. It comes packed with a ton of improvements including more progress towards Full Site Editing. You can read the release notes here.