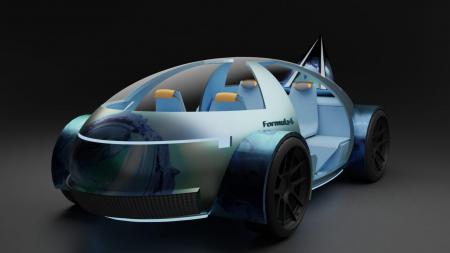 Zim businessman/entrepreneur Devine Mafa was named among the Top 100 World Innovators at the International Transportation and Automotive Summit (ITAS) Annual Conference in Las Vegas, USA. If the name Devin Mafa sounds familiar it is because a couple of months ago his company Hende Moto announced that it had secured a US$ 1 million deal with a US firm called Max Sound Corporation that would see the vehicle audio equipment supplier provide sound systems for the former’s three-wheel vehicles which are very similar to Tuk Tuks.

However, it wasn’t the three-wheeler that got the attention on this occasion. Devine Mafa was recognised by the International Transportation and Automotive Summit (ITAS) for a supercar called the Beluga which was designed by his company Hende Moto.

“I’m really honoured to receive this amazing acknowledgement of groundbreaking innovation and the hard work by our team that it took to get us here in six short months. And you probably all deserve it as much as I do, or maybe even more, but I’m sure glad they gave it to me so if you all don’t mind, I’ll just hang on to it… but seriously folks, I want to dedicate this monumental achievement to the Zimbabwean Heart and Soul and to Greg Halpern of MAX-D who absolutely believed in the Pride of Our Nation and the great spirit of our people.”

In attendance at the ceremony was Greg Halpern from Max Sound Corporation. Incidentally, it looks like the deal that was struck between Hende Moto and Max Sound eventually led to the latter acquiring the Kwekwe-based car company.

“I’m here because Devine has a tremendous vision for the coolest Supercar ever built. I told him we want you to focus on your Beluga Whale Supercar, because of your spectacular design talent and explanation of the highly evolved socially and fast and powerful Beluga Mammal.”

Both Mafa and Halpern hope that the car will bring the cutting edge of technology in the automotive industry in Zimbabwe. That being said, the Beluga is still a render. And I think I speak for a lot of people when I say we eagerly await a working model and plans for mass production to weigh in appropriately on its impact in the automotive space. If and when we see one it will be Zimbabwe’s first homegrown supercar and that will be one hell of a first…