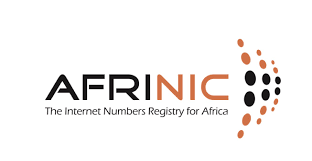 Africa’s regional internet registry also known as African Network Information Centre or AFRINIC is in trouble after its bank accounts were frozen. The freeze came about as a result of an ongoing legal dispute between AFRINIC and a Chinese based company known as Cloud Innovation. The fight centres around a block of around 6 million IP addresses that AFRINIC took back from Cloud Solutions.

While we use domain names to access the web and send emails each computer or device on the internet actually uses a unique identification number known as an IP address. There are two main types of addresses version 4 (IPV4) addresses and the newer upcoming version 6 addresses (IPV6). Despite the increased adoption of IPV6 addresses most of the internet uses IPV4 addresses of which there are only about 3.6 billion addresses available.

These addresses are scarce and valuable have thus been shared across various continents. Each continent has regulatory authority in charge of disseminating these addresses and in Africa that authority is AFRINIC which is based in Mauritius. The unwritten rule is that the internet address blocks (a range of IP addresses) awarded to each authority will be used within the region under that authority.

Cloud Innovation breached this unwritten rule when it acquired a large number of IP addresses from AFRINIC a few years ago. It then proceeded to use these addresses to mainly serve the Chinese market instead of the African market for which they were intended. Those who want to use IP addresses in Asia normally approach APNIC their own local authority. However, APNIC doesn’t currently have any available blocks.

To get these addresses Cloud Innovation registered as a corporation in Seychelles an African company. When they were awarded the large IP blocks by AFRINIC under controversial circumstances they transferred these addresses to their Hong Kong company called Larus Limited. Only a tiny portion of the awarded addresses, about a sixth, were actually used in Africa.

In response to this AFRINIC seized the addresses they had awarded to Cloud Innovation and terminated their membership from the registry for breach of the Registration Service Agreement. They gave Cloud Innovations 90 days to make alternative arrangements. Instead, Cloud Innovations approached the courts in Mauritius and won an injunction against AFRINIC.

Unfortunately, Cloud Innovation are not gentlemen. They abused this loophole and exported a large batch of cheap African IP addresses to China where they started selling them for a tidy profit. Cloud Innovation rightly pointed out that this was perfectly legal under the rules made by AFRINIC themselves as there were no clauses saying they couldn’t do what they did.

The courts were inclined to agree with Cloud Innovation and awarded them a favourable judgement. In what has been described as an act of “legal terrorism” by some in the Internet Community, Cloud Innovation went a step further. They sued for damages and the courts obliged again and awarded damages of US$50 million. AFRINIC doesn’t have that kind of money in its bank account so a garnishee order which effectively froze AFRINIC’s bank accounts was issued.

On the precipice of collapse

As things stand, AFRINIC is in trouble they cannot make payroll unless something changes. This will mean that they will no longer be able to function as an organisation and provide the services they provide. Their best bet is to reach a settlement with Cloud Innovation. Fortunately, the company seems receptive to the idea although AFRINIC has been mum on this front.

They need to make the first move and also do the following: