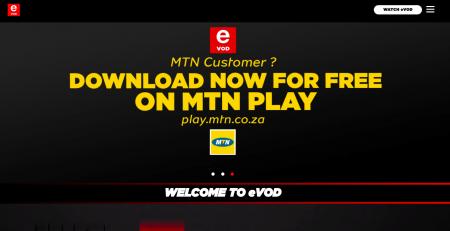 About two weeks ago eMedia, the guys behind eTV channels and OpenView HD launched their own streaming platform eVOD. The platform has both free and premium tiers. During the early days, all you needed was a South African IP address. You could sign up using your Zimbabwean phone number. This is no longer possible.

Now when you try to create an account or try to sign in there are only six countries available:

You have to select one of these countries in order to get the OTP you need to sign in. Zimbabwe is no longer available in the dropdown. This is probably because the earlier version of the sign-in page which included Zimbabwe and a host of other countries was a bug/mistake.

You can still sign up you just need a compatible number

You can still sign up for eVOD but now you need two things:

The easiest numbers to obtain are of course the South African and US numbers. There are a lot of people who sell roaming lines in town. Either that or if you have a relative in South Africa you can ask them to create an account for you using their number instead. This is the easiest and probably the least annoying route. You can also use several apps that give away free United States numbers. I must admit I went the South African number route for reasons that will become more clear below and so I did not test to see if using the United States number works.

Once you have signed in/created an account you will be asked to choose a package. While the free package works it is pretty limited in terms of what you can play and your resolution will be stuck at 360p. In order to get HD (720p) content you will need to sign up for premium.

You have three packages to choose from:

You have two options to pay:

Sign up only if you want to watch eOriginals

There are plenty of streaming platforms out there and I must say after using it for about a week, there is nothing really special about eVOD except the fact that it comes with eOriginals. It doesn’t even do that right. Those originals do not start from the beginning rather you only get the latest episodes. This is no different from DStv’s Catch UP.

2 thoughts on “eVOD no longer accepts Zimbabwe numbers, here is how you can still sign up”