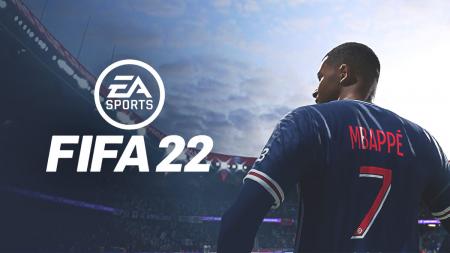 If, like me, you sink an ungodly amount of hours into FIFA Pro Clubs every year, this is the article for you. Pro Clubs is an entertaining game mode but unlike FUT – it isn’t the FIFA development team’s favourite child. This means that over the last few years not much has changed in the game mode. For FIFA 22, EA has announced some macro changes which include:

These new features are exciting enough for me to go out and purchase another edition of FIFA without much thought but I believe there’s still one aspect of the mode that will still be broken this year.

For the past 3-4 years, FIFA has favoured a fast build-up. A by-product of this is that in-game (whether FUT or Pro Clubs) players have figured out that shorter, more agile players are usually the quickest way to succeed.

To illustrate this I’m going to use Dexerto’s table of recommendations of FUT’s Best Cheap Players for FIFA 21:

This table roughly illustrates how gameplay in FIFA 21 was skewed towards players who are fast, agile and for the most part short. If this is a minor issue in FUT, it nearly breaks the experience in Pro Clubs.

Look at the recommended player build heights and weights for FIFA 21 by popular YouTuber JCC:

The reason why MOST players (GKs and CBs are the exception to the rule) use builds that are so short and lightweight is because without pace you’re basically useless in Pro Clubs.

These recommended builds result in boring gameplay in my opinion. EVERY team plays the same way, with players who are the same weight and height, all intending to exploit the benefits of pace in FIFA’s gameplay. This takes the fun out of football which in real life is a game about tactics and teams exploiting each others weaknesses. No two teams are exactly the same, but alas when it comes to Pro Clubs two teams are most likely to be the same.

My biggest wish for FIFA22 is that they change this somehow and allow for a variety of builds to be more effective. When we watch actual football, there are chunky but effective players. Think of Luke Shaw (a 185cm and 75kg LB), or the retired Wayne Rooney (176cm and a beefy 83kg forward). Using a player over 73kg in FIFA is downright unthinkable and a player with those physical stats is always going to be chasing not playing the game.

FIFA 22 is yet to be released and making a verdict on the game is unfair. My fingers are crossed that this year players will finally be able to play Pro Clubs in a more realistic manner and build players that are more reflective of what we see on our TV screens when we tune in to watch the beautiful game.