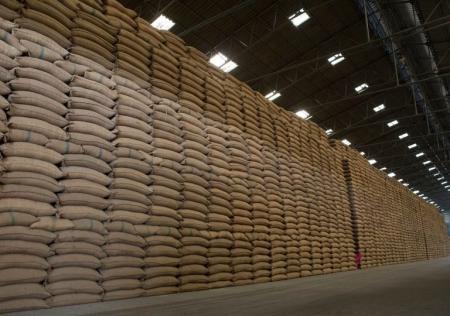 Today we launched #Zimbabwe’s Commodities exchange
@ZMXExchange, which allows people to trade in at least 18 commodities, including options and futures contracts. ZMX will run a Warehouse Receipt System, allowing farmers or anyone to take their commodities to the ZMX warehouses and obtaining a recipt. The receipt can be used as collateral at a bank, and can also be traded in the market. ZMX encourages formalisation of small-scale farmers to ensure the sustainability of farming activities.and increase access to credit through collaterisation of agricultural produce.

This will probably be the question in most people’s minds. A commodities exchange is a legal entity that determines and forces rules and procedures for trading physical commodities such as wheat and securities/contracts related to these. Think of it as a formal version of Mbare Musika except that in addition to the actual trading of commodities you can also trade securities such as futures pertaining to agricultural produce.

ZMX was formed by the government in partnership with FINSEC Zimbabwe, CBZ and TSL. The government reportedly put up an equivalent of US$500 000 as equity. It seems TSL will provide the storage space where agricultural produce will be stored. The company has an existing 100 000 square metres in space to which it recently added 10 000 square metres. FINSEC seems to be providing the trading software and platform that will be used and CBZ will probably provide the required banking and financial services.

As already hinted by the Finance Minister’s statement. The exchange will be run using a Warehouse Receipt System. This means that a farmer or anyone else for that matter can take their produce to the ZMX warehouses. They will then be given a receipt. They can then use that receipt as collateral at banks or just trade that receipt on the ZMX platform in return for payment.

The ZMX platform will have buyers on one side and farmers/sellers on the other side. The hope here is to eliminate the middleman and have farmers and sellers interfacing directly with one another through the ZMX platform. The government is hoping this will “encourage the formalisation of small-scale framers to ensure the sustainability of farming activities and increase access to credit through collateralization of agric produce.”

Honestly, this sounds like a great initiative but I doubt it will succeed in luring small-scale farmers from existing commodity markets such as Mbare Musika. Even as streamlined as ZMX appears to be it still involves more steps than Mbare. If you are a small-scale farmer who wants to sell their product at Mbare all you need is a truck and the market stall fee. You sell directly to sellers and get cash. Most of the time you get paid in the coveted USD.

The involvement of CBZ makes me think here farmers will be paid using RTGS and when they do get paid in foreign currency their earnings might probably be converted at the so-called official rate back into RTGS. That seems hardly fair. It’s also doubtful that banks will be impressed by the receipt and proceed to issue you with credit. They have had their fingers scorched by non-performing loans so many times in the past most are just content to make their earnings the easy way through transaction fees.

ZMX might cater more to the needs of medium and large scale farmers though. It will be the only way they can easily offload their output which is usually more than what markets like Mbare might handle. In any case, it will be interesting to see how well ZMX is received by farmers. In times past farmers have complained of late payment when delivering to government-owned entities.

One thought on “Government launches ZMX a commodities exchange”