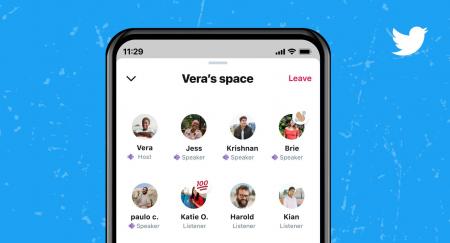 Twitter’s Spaces, a competitor to the once very exclusive Clubhouse has really taken off worldwide. The platform is very popular as a way of having conversations with a wide audience (depending on your following) about a range of topics. Zimbabweans have jumped on the Twitter Spaces with notable figures like Hopewell Chin’ono regularly hosting conversations. However, there has been one question that many have asked about Twitter Spaces and that is how much data it uses.

I scoured the interwebs looking for an answer to this but haven’t had much luck. So I decided to test it out using My Data Manager, an app that measures the data used by other applications on a device, and luckily the BBC was hosting a Twitter Space about the COVID vaccine situation in Africa so I hopped on for 30 mins.

I was pretty surprised at the usage number that the app put up. For the half an hour I was in the space, Twitter consumed 33.8MB. Now, this isn’t an accurate measure by any means because it doesn’t account for the bitrate, scrolling while in the app among other things. But the figure can ballpark how much data you would need to buy in order to join a Twitter space. So for instance you could get up to an hour on a space with a 140MB (Econet) Twitter bundle.

As an aside, for those who can host Twitter Spaces you should seriously consider downloading the audio to republish as a podcast. Twitter keeps the audio recordings for up to 30 days and it would be a waste to let those conversations die. If you are wondering how you can start your very own podcast check out the article in the link here