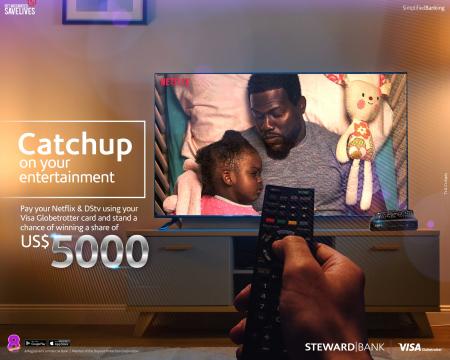 Before I even begin I have to confess that I am not a fan of traditional DStv setup. Do not get me wrong, I am happy to admit that the whole satellite on your roof and no data costs set up does have its appeal. It’s especially important if you live in remote areas with patchy internet or in a country like ours where data prices can be exorbitant and downright unaffordable.

I have noticed that everyone seems to take it for granted that paying for the traditional DStv setup is cheaper than using streaming services. The financial analysis in me and my experience of four or five years using exclusively streaming platforms refuses to believe this assumption.

My set-up and how much it costs me?

One of the things that prompted me to ditch traditional DStv was the fact that I am not a homeowner. Every time I moved to a new place I would have to find and pay a guy to scale my roof so he could set up my dish. In comparison, the internet connection was so easy to set up. It was just a matter of plugging in my modem and turning it on.

So I started to use the HDMI port on my laptop to stream DStv Now after one such move. This was a bit inconvenient but I was to watch whole football matches while waiting for the usual dish guy to turn up at my house. But by then the seed had been planted. When I saved up a bit of money I experimented with the Xiaomi Mi Box and the rest as they say is history.

I sat down and did the Maths:

In the end, the winner was simple: Streaming would end up saving me as much as US$20 per month compared to traditional DStv. Naturally, your circumstances might be different from mine but let us look at a typical household led by an alpha male who is into every sport.

Of course, your circumstances might be different. You might live in an area with poor or even nonexistent internet. In which case you will have to play the cards you are dealt with. Personally, I do not like the lack of control of traditional DStv. I still use MultiChoice products like ShowMax but I do not like someone dictating my bathroom breaks or what time I should watch a movie. It’s either that or pay ridiculous amounts of money for PVR.

The truth though is that you should never make presumptions. You need to sit down and do the Maths looking at your costs/potential costs for each route you choose. Who knows, just like me you might end up saving money and diving into the world of streaming versus traditional TV?

4 thoughts on “Is sports streaming more expensive than traditional DStv?”