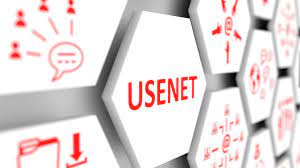 In the beginning, when there was only Unix, there was the internet and Usenet. Most people are only familiar with the web part of the internet. In fact, a lot of people think the web and the internet are one and the same thing. This is mentality is going to become even more pervasive and entrenched after one of the world’s most popular and free Usenet indexers, Newzbin announced it was shutting down.

The history and reinvention of Usenet

You see before Vint Cerf came along with his magical idea of the web we now use and love the most popular way of interacting online was through a system known as Usenet. It was created in 1980-so it’s about as old as our beloved motherland.

Unlike the web which relies on centralised servers, Usenet makes use of a distributed system of computers known as news servers that store and forward messages to one another using what are known as “news feeds” think of it as some sort of precursor to torrents. The files are even split into little bits to make transmission between computers easier.

The idea is to make sure there is no single point of failure. This system had to be resilient as it was created during the dial-up era. Users would dial up to the Usenet and be connected to available computers directly to “read the news”. Usenet has contributed a lot to the web and internet we have today. It’s where stuff like FAQ, news feed and spam were invented.

There was a time when, to speed up things, ISPs would also have a local cache of popular newsgroups on their own Usenet servers. Alas, those days are long gone. These days free Usenet servers and indexes are rare. You now have to pay for them. This is because Usenet has evolved into something else.

You see while the bulk of people prefer ThePirateBay and pirate streaming sites due to their ease of use, Usenet plays an important role in the piracy community. Those files you see on pirate sites are often re-encodes of high-quality files released by secretive release groups on Usenet. These files are called Remux. These prolific pirates and their followers have been a breath of fresh air to the Usenet community.

This is how it works:

Believe me, while torrents are the most popular way to pirate files they are:

While this is the main reason why Usenet still exists, it’s also the reason why it’s facing issues. Copyright grounds are painfully aware that while pirate streaming and torrents are a threat to their income curbing the effects of Usenet yields more devastating results. When a scene (release group) is compromised there is a massive drop in the number of pirated TV Shows.

Don’t believe me? Check out what happened when the SPARKS group members were caught. New pirated content dried up on the internet. This meant in turn groups known to the public such as YTS had nothing to re-encode and push to the public too.

Newzbin was also one of the last good Usenet indexers that were not centred around pirate media. Unfortunately, even that did not save them from the menace of copyright holders who were determined to see them doomed. Its shutting down marks the dusk of the original Usenet era. Now Usenet will probably evolve into a full-blown alternative to torrents.