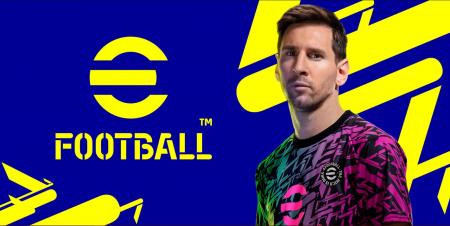 Most gaming enthusiasts probably know that PES 2022 (or rather eFootball as it will be known going forward) is going to be free-to-play this year.

I only learnt about this yesterday and being a guy who’s always on the lookout for a discount I knew I was going to be one of the people trying out this new eFootball game when it drops.

Naturally, there are a bunch of features I’m absolutely looking forward to but also some things I’m more apprehensive about, which is why I’m writing this.

Let’s talk about the positives and potential upside first…

The thing I’m hyped about most is the crossplay compatibility. What does this mean? Initially, it means people will be able to play against each other on different consoles:

At launch, crossplay won’t be supported across devices — PlayStation players won’t be able to play Xbox or PC players — but Konami says an update coming later this year will enable true cross-platform play. Not having to worry about whether or not your friend is on the same platform is more reason to try out the free title.

More people to play with

The last PES game I tried out was PES 2020. The gameplay was great (I prefer it over FIFA), and the graphics were decent too. The Achilles’ heel of the PES experience for me became the fact that there weren’t many other people playing the game.

If you play online, you’ll know that a small player base is a death sentence since it means players have to wait for an eternity to find matches. This was the case for me and I went back to playing FIFA. I thought it was an isolated incident, but a friend of mine in South Africa had similar issues — waiting over 15 minutes before they found opponents, which killed the experience for them as well.

Now that the game is free, there will be undoubtedly more people playing (regardless of which platform you play on) and I envision a better online experience. That is if Konami isn’t overwhelmed by the traffic. Time will tell…

Ok, let’s talk about EA’s FIFA for a bit. That title has been way ahead of PES for a while now. FIFA 19 sold over 12 million copies whilst PES 2019 sold less than 2 million.

That’s a disastrous gap which has always meant EA have more money to put into FIFA than Konami can with PES. That budget means the gap widens with each passing year. In all honesty, I truly thought PES was going to sink at some point because they just weren’t making enough money but Konami seems to have taken a drastic measure (making the game free) to ensure there are players going forward.

We will talk about why giving away the game for free might make sense financially at another point, but what it does is put a lot of pressure on EA & FIFA. I usually buy FIFA around December when it goes on sale for US$25-$30. This year though, by the time December comes around, I would have tried eFootball and if it’s any good, I won’t go out and give EA $30 my time for another football game. I believe that will be the case for a number of people.

When you’re from Africa, the saying every dollar counts isn’t a saying — it’s away of life. For a kid/young adult/anyone looking to get into eSports they have to consider the following costs:

With eFootball becoming free, people looking to get into eSports know that they won’t have to spend $60 every year to compete.

Another important thing to consider is that Konami says eFootball will be supported on mobile. This means an even lower barrier to entry and support for the foreseeable future on the older (and now cheaper) consoles. Again, EVERY DOLLAR COUNTS.

Despite sounding bullish and excited for the free version of eFootball, I do have some reservations about the path Konami is taking their beloved game down…

Whenever a game is free to play, there is no doubt that it will also contain microtransactions.

Microtransactions, often abbreviated as MTX, are a business model where users can purchase virtual goods with micropayments. Microtransactions are often used in free-to-play games to provide a revenue source for the developers.

Whenever there are microtransactions, there is always a high risk that a game could easily become pay to win. This means those who pay money obtain better players or in-game perks that give them an advantage over those who don’t. There is a big risk eFootball could fall into the same trap that has plagued basketball’s premiere franchise, NBA 2K — which is worse since 2K has a pay to win model despite costing $60 as well.

I do hope that the microtransactions we see in eFootball will be cosmetic like we see in Fortnite, another free to play title. MTX in Fortnite only offer visual differences, and so if PES followed suit this would mean paying players get better stadiums, kits, boots, celebrations and player hairstyles. This would maintain a healthy community and not chase away the players who cannot afford to spend on the game just yet.

The last thing that worries me about this new version of eFootball is the lack of clarity. The game is expected to launch in September but there’s a ton of stuff that we don’t know yet.

At launch, there won’t be a Master League and many other modes. In fact, when it launches players will be limited to local matches featuring FC Barcelona, Juventus, FC Bayern, Manchester United, and “others”. To me this sounds a lot like a DEMO and not an actual launch.

Online leagues & the team building modes (which are usually the more popular modes) will come later and it’s not clear if those will be free as well or if players will have to pay something to access that content.

This lack of clarity could mean people just end up going with the tried and tested FIFA where they know exactly what they are getting when it launches on the 9th of October.

Ultimately, Konami’s decision to make the game free to play will do one of two things. It will save PES (as many will continue to call it) or be the final nail in the proverbial coffin. My hope is that it‘s not the latter…