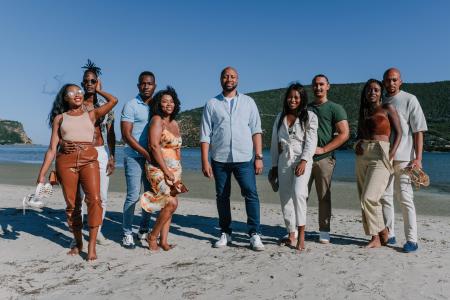 I am not a fan of reality TV shows mostly because when it’s all said and done the cynic within me refuses to believe there is anything real about them. I have always had this sneaking suspicion deep down that the flow of things is too contrived to be a coincidence. This is why I surprised even myself when I agreed to watch one full episode of the new Showmax Original: Temptation Island South Africa this weekend.

Another romance based reality TV Show

Humans have been trying to understand the science and magic behind love and relationships ever since we lived in caves. That mystery hasn’t lost its charm and sometimes we feel like we are no closer to understanding it ourselves than we were at the beginning. It’s a well-trodden path that continues to intrigue and Temptation Island South Africa plods it with an African charm that’s somewhat refreshing.

The show’s format is unremarkable if a bit unbelievable:

In the season premiere, four couples agree to a life changing experience, where they live in two separate villas with 20 singles from across Mzansi. Will they stay or will they stray when they all realise what they signed up for?

Tempation Island South Africa’s summary as provided by Showmax themselves

Usually, people who are already coupled up have to live with constant Temptation in the real world. Some give in to this temptation and we end up having scandals that are the meat and mead of the world’s tabloids. This reality show seeks to engineer those episodes in real-time by having people deliberately put their relationship to the test. You don’t have to be a genius to know this will end in tears-lots of tears.

Despite my scepticism, I found myself engaged by the fifth-minute mark. I even forgot about the probable puppet masters behind the cameras. By the tenth minute, I was rooting for certain relationships to thrive and survive and I too was taken up on the rollercoaster of emotions. The stunning visuals of the show make this easy and this is easily helped by the seeming authenticity of the original four couples.

An established formula with little risk

In creating this show, Showmax took a leap of faith and little risk. It’s a show that South Africans are bound to love. It’s also refreshing local content that pushes the boundaries beyond the normal soapies and dramas now being churned out by the dozen as the South African entertainment matures. It’s also a strategy that will leave international streaming platforms like Netflix in the dust.