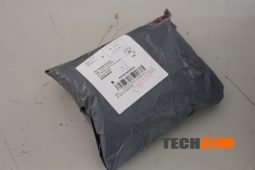 In a shocking move, the South African Post Office said it was the only entity allowed to handle packages between 0 and 1 kg by law. The organization recently reiterated a ruling made by the country’s Complaints and Compliance Commission (CCC) against a private courier known as Postnet in 2019. The ruling confirmed that in South Africa, only the country’s Post Office has the right to handle such small packages.

1.The reserved postal services include –
(a) all letters, postcards, printed matter, small parcels and other postal articles subject to the mass or size limitations set;
(b) issuing of postage stamps; and
(c) the provision of roadside collection and address boxes.

3. The reserved postal services include all items described in items 1 (a) and 2 of a mass up to and including one kilogram or size which enables it to fit into a rectangular box with the following dimensions:

length 458 mm, width 324 mm, thickness 100 mm Cylinders having a maximum length of 458 mm and 100 mm thickness or a mass of up to one kilogram are regarded as letters.

Post Offices have been around for a long time in most countries. The laws that established them are quite old too. They were made long before eCommerce was a thing. The global COVID-19 pandemic was also unimaginable when these laws were crafted. For the powers be to reaffirm such archaic and monopolistic behaviour is shocking. The Post Office should be operated on a commercial basis instead of having to rely on such unfair laws.

Zimbabwe’s Postal Services Act has an almost similar clause although ours is much more sensible:

(2) The provision of the following services shall be reserved exclusively to the Corporation with effect from the fixed date, and to the appropriate successor company with effect from the transfer date
(a) the conveyance of letters whose mass is less than five hundred grams, other than such letters as are conveyed by a commercial courier service:
Provided that the operator of a commercial courier service shall not charge less than the prescribed rate for the conveyance of such letters by the Corporation or the appropriate successor company;

It seems the local act is more permissive and restricts the Post Office’s monopoly to letters instead of “items”. It also allows commercial operators to do the same things although it restricts what they can charge to what the government charges. Thankfully no one cares about letters anymore. For the past 10 or so years letters have almost been exclusively in the form of bills to households but thanks to e-billing even that too is turning into a yester-year thing.

This might be the reason why the South African Post Office is now keen to enforce its monopoly now. Ecommerce is booming with more and more online giants like Makro, Takealot, Superbalist.com and others riding the wave. The struggling post office wants a piece of that pie and it wants to eat it alone.

This is bound to make things a little complicated when it comes to package handling. No doubt couriers will soon try to find ways around this arbitrary limit. They might start combining small packages into larger ones or just making sure all packages exceed the all-important 1kg mark.

Already some customers have started reporting that sometimes small items such as smartwatches and earphones are coming in large oversize packages. This could be just couriers doing their jobs to protect items when they are in transit or it could be something else.