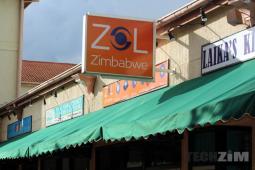 Yesterday one of Zimbabwe’s largest Internet Service Providers, TelOne pulled a shocker when it announced that it was suspending its data rollover facility. The facility was only announced a few months ago. In comparison TelOne’s rivals, ZOL have had a rollover facility for close to two years now and it’s still active. In the wake of the TelOne news, ZOL released a cheeky ad that alluded to TelOne’s suspension of data rollovers.

What is data rollover and is it a big deal?

From yesterday’s article, it seems some people were not really clear on what data rollover is. It’s pretty simple really. When you buy capped data let us say 60GB it usually comes with an expiry date of something like 30 days i.e. a month. You then proceed to use 40GB of that data throughout the month in question let us say August 2021.

So in essence with data rollover, if you are a modest internet user you typically get an additional month to use up your data. This kind of removes the stress of managing data throughout the month if you are on a capped package. Without data rollover, you have to obsess over your usage during the first few weeks making sure you don’t use too much and run out before the month ends.

During the last few days if you were too frugal with your data you will be looking for frivolous ways to spend your remaining data so as not to lose it. Such is the topsy-turvy world of capped internet. Unlimited package internet users like me, however, are not bothered by this. We get unlimited usage either way so a rollover would not benefit us.

As noted, ZOL is still doing rollovers. This means if you are a capped user and ZOL is a readily available alternative to you, you might just be tempted to jump ship. In their announcement, TelOne seemed to imply they were working on something that would bring value to the customer in terms of costs. Let’s hope that something is real and will come soon otherwise the suspension of rollovers brings about a state of disparity in the capped internet world.

They need to rouse themselves from the dust and come up with something. It doesn’t have to be a game of fetch-just something to restore parity.