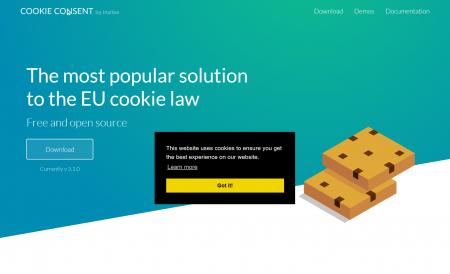 When the European Union unleashed the General Data Protection Regulation (GDPR) upon the world back in 2018 they brought about a much-needed intervention in the tracking and cookie world. Before that, it was the Wild-West out there with each tech giant doing as it pleased. Internet users had very little power and control over how much data the behemoths collected and now suddenly the scales had shifted.

Ever since then just about every country and the region has introduced its own version of the GDPR except of course Zimbabwe where the leaders seem more concerned with taming social media rather than protect their own citizens from apps like WhatsApp. Even South Africa has PIPA. Thankfully for us Zimbabweans, it doesn’t matter, the GDPR has been so effective it has protected us indirectly as tech companies have become sort of less aggressive when it comes to data collection by default.

The GDPR is complicated though and comes with endless popups

There was genuine concern in the tech community when GDPR was introduced given how far reaching it was. It trascended borders unlike any other law before it. As long as you had an EU facing website or app you had to comply with the law. Given how the internet works every app generally faces the EU because it might be accessed from the EU without your knowledge at anytime.

The GDPR is an all encompassing piece of legslation that is convulted and complicated. The result has been that almost everytime you visit a new website you get some popup telling you about data and cookies that the site uses. For most sites this is pretty routine.

There are usually ads, login cookies and maybe Google Analytics and nothing else. Usually these are all third parties like Google and Facebook in charge of these services. The sites themselves do not collect data of any sort or if they do, like here at Techzim, it’s just comments which you can delete anytime. We genuinely do not collect any private data but thanks to the GDPR we still have to show those popups each time you visit using a new browser or clear your cache.

The UK is pushing for a “light touch”. They want websites to be divided into two. Risky sites run by giants like Facebook, Google and similar companies that are into data harvesting and sites run by small businesses, individuals and so on that are generally out there to provide a service to be distinguished. “Risky” sites will still have to go through the contortionist laws while small sites can go about their business without going through the hurdles.

Their argument is that cookie popups on most of these small sites are quite pointless. They are right about that too. Just like with those pointless End User Licence Agreements (EULAs) not many people even bother reading these popups. I know I don’t. As already said most sites don’t even collect data themselves. They leave that to their analytics company and these tend to be common across small sites.

So all the popups do is annoy us without affording us more proctetion. Behemoths still find a way to harvest data and there are not about to let something like a popup stop them from doing that.