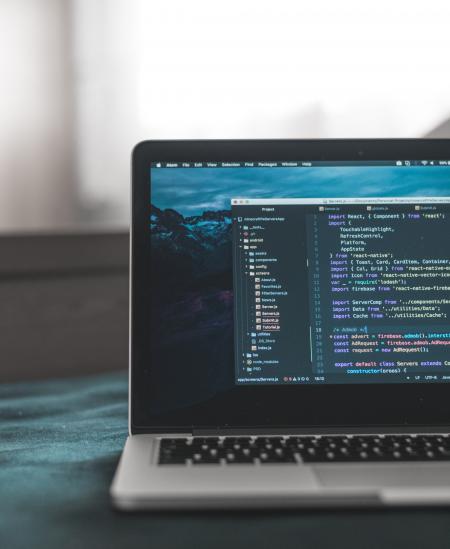 Generally, if you want computers to do something useful you have to create a computer program. This typically means learning one of the many computing languages out there. These range from low-level languages such as assembling code to high-level languages such as Python and JavaScript. Now you can add a new language to that continually growing list!

An AI research organisation called OpenAI is unleashing a new machine learning tool that is able to translate normal everyday English into actual computer code. Their tool is known as Codex.

We’ve created an improved version of OpenAI Codex, our AI system that translates natural language to code, and we are releasing it through our API in private beta starting today. Codex is the model that powers GitHub Copilot, which we built and launched in partnership with GitHub a month ago. Proficient in more than a dozen programming languages, Codex can now interpret simple commands in natural language and execute them on the user’s behalf—making it possible to build a natural language interface to existing applications. We are now inviting businesses and developers to build on top of OpenAI Codex through our API.

As revealed in the quote above the tool is not yet generally available to the public. If you want to join the team of private testers you have to apply so they can onboard you. You will have to fill out a form, answer a bunch of questions such as why you are interested in being allowed early access and so on. It’s not clear how long it takes for you to be granted access if at all.

Those who have tested the service seem genuinely impressed although they readily admit it’s sorely lacking in terms of perfection and being ready for the real world. This tool builds upon OpenAI’s earlier tool called Copilot which provides awesome suggestions to programmers. While normal coding tools like Visual Code offer suggestions for functions and lines, Copilot offers suggestions for entire blocks of code.

Codex is much more advanced and builds on the knowledge OpenAI has learned over the years. The tool was trained b parsing scores of open source code repositories from the internet. It seems like the tool rips off entire algorithm blocks from these repos and reuses them wholesale. This has led to criticisms by open source contributors who say the tool is unfairly profiting from their work.

New technology is coming, we do need this debate, and there will be things we do that the community has great points on and we will take feedback and do things differently.

What OpenAI had to say about the accusations

During controlled demos, OpenAI demonstrated the abilities of Codex by creating a simple website. They could use phrases such as “make the image bigger”, “now make it controllable with left and right arrow keys” and “create a webpage with a menu on the side and title at the top”. The AI would respond well to these commands although sometimes there were epic fails which the creators could not explain.

It seems this tool is not very different from some visual page builders. They have an inbuilt toolset of elements for given projects. Each one of these elements comes with an inbuilt code block that the tool simply reproduces when called upon. This means the tool will probably suffer from the same problems that plague visual code builders.

They tend to be not very flexible and are useless when you want high levels of customisation or are dealing with edge cases. You can also expect to create code that is very inefficient. This is because you need deep knowledge to be a good developer. For example, you may want to specify how your menu will behave, how it will look on different devices or how wide it is. All these things require knowledge that you cannot skipped over.

This doesn’t mean that Codex will be useless. Quite the opposite in fact. Programmers can use a tool like Codex to create quick prototypes without having to write a line of code. The tool can also be used to create a base that can then be modified to fit the client’s needs. The tool might be able to turn everyone into a coder but it’s not a replacement for a real coder.

Amazon Honeycode, a web and mobile app builder with no code