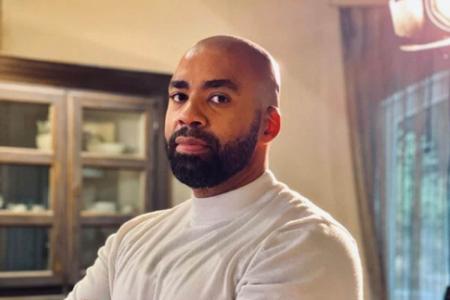 Shona Ferguson the South African actor, producer, director and business mogul died on 30 July 2021. While initial news articles blamed his demise on complications brought about by some complicated operation it later came out that he had succumbed to COVID-19. He might have died but his legacy will live on.

Before I begin to talk about Uncle Sho’s legacy let me acknowledge the great work being done at our sister site Pindula News. I live such a busy life and one of the ways I use to keep abreast of the dizzying things happening out there is Pindula News. I detest the roundabout way of writing I see in a lot of news sites where they seek to pad their articles with a lot of unnecessary details. Brevity is something I value and Pindula has boatloads of it.

They publish news excerpts and brief articles on various newsworthy topics. Their summaries are short and straight to the point with sparing use of adjectives and adverbs. Just like with Techzim, Pindula News is free to browser too if you are using an Econet line. To access the free version of the site just visit https://freedata.pindula.co.zw/ .

They can be brutally to the point, which is how I learnt about Uncle Sho’s death. Their headline simply said, Shona Ferguson, has died.

The man was an industry

Back to Shona Ferguson, while he began as an actor when he died he was responsible for a good part of the South African entertainment industry. For example, many South African actors have him to thank for either their outright success or upliftment after he and his wife gave them a chance through their wildly successful Ferguson Films which was founded in 2010. They have a hand in a lot of South African soapies and productions including:

Through these productions and his indirect involvement in many others, he fostered many an actor, actress, producer, director and writer. After SABC brutally fired many actors for demanding better treatment he gave the industry hope by not only hiring some of them but by just showing that you can succeed in more than one show by releasing hit show after hit show.

He travelled a long road from being Ace on Generations long before the show disintegrated, to being Dr Leabua in Muvhango, Tyson in Isidingo and Alex in Scandal before he became an Industry titan via Ferguson Films. I especially admire how throughout all this he shamelessly promoted Tswana his native language as well as his Tswana culture.

Many African producers and actors have been brainwashed into using English in their movies and shows even where it adds a shimmer of inauthenticity. Compare Studio 263 against something like The Queen where people speak as they do in their everyday lives. This will be, in my opinion, his biggest legacy.