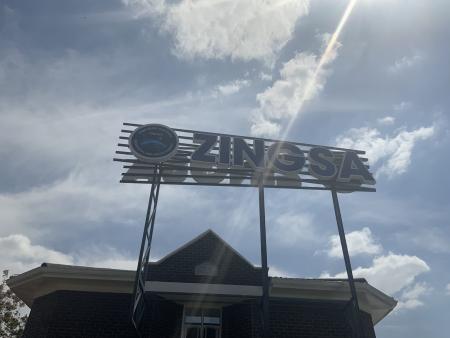 Yesterday the Zimbabwe National Geospatial and Space Agency’s (ZINGSA) Science Park 1 was unvieled at the University of Zimbabwe. If you remember back in 2018, the government announced the launch of Zimbabwe’s space authority as it sought to “foster research in geospatial science and earth observation, space science, space engineering, communications, navigation and space physics”

This project came with the promise of Zimbabwe launching a satellite into orbit. Now at the time this raised a lot of eyebrows because there were and are far more pressing needs than for Zimbabwe than joining the 21st century space race.

However that did not deter the government and yesterday we got news that ZINGASA would indeed be launching a satellite in February next year.

The satellite will be used for the following reasons according to a thread posting by Information Secretary Nick Mangwana on Twitter:

Living far beyond the nation’s means…

For a government that bemoans foreign currency shortages and many other things, anyone would be more than forgiven for saying that there are misplaced priorities here. Now, I am not saying that having a satellite is a bad idea. There are some very interesting use cases for them beyond telecommunications and the likes.

Mineral exploration, for example, is a fascinating field. The convenience of being able to use satellites to asses vast swathes of land to see where precious metals and resources may be hidden, certainly beats sending a team of people out there.

However, for a government that is struggling to meet public transport demand and resorts to decades old trains and 50 buses as a stop gap, this isn’t it. Last week teachers were being told to borrow money to attend classes. And reports this week there were that Civil Servants are being paid according to attendance.

And all of this is excluding the effects of the pandemic, the exchange rate which (according to some reports in now nearing ZWL$170), a generation of young Zimbabaweans who have lost out on at least a year of education, defunct infrastructure and much more.

If I go on, I would be rehashing what my colleague said in 2019. I strongly suggest you read his piece about the cost of ZINGSA and the govt’s space adventure.

Zim Wants To Launch A Satellite: What’s The Cost & What Can The Money Be Used For Instead?

22 thoughts on “A satellite at the expense of terrestrial problems, only in Zimbabwe…”