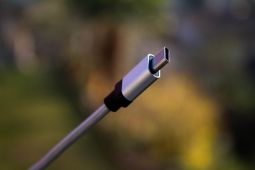 The European Commission is proposing a common charger for all electronic devices. The move is meant to cut down on electronic waste and to reduce customer frustration. Definitely something I resonate with.

Currently, there are three main chargers – Apple’s Lightning for the iPhone, the aging and slowly being phased out MicroUSB and the new kid on the block – USB-C. The EU is proposing that USB-C becomes the common charger in all European Union member states.

This proposal will not be a problem for most manufactures who have been transitioning to USB-C the last few years. Manufacturers like Samsung, Google, Huawei, Honor, Sony and Xiaomi already use this port on all their flagship smartphones and on most of their other devices.

Apple is the only device manufacturer to be affected. They say the universal charger will stop innovation and create more pollution. Weird, coming from Apple whose Lightning cables can only transfer data at USB 2.0 speeds instead of the USB 3.0 speeds achieved by USB-C cables. The innovation has been on the USB-C side, not Lightning.

Apple has stubbornly stuck to its proprietary Lightning port on the iPhone. This has frustrated most customers whose other devices use USB-C – headphones, cameras, speakers etc. Even in Apple’s other devices USB-C is the standard port, all recent iPads and Macbooks have this port.

Some Apple fanboys actually like having a different charger to the rest of the masses. They won’t appreciate Samsung users being able to borrow their chargers. That right there is why Apple is resisting USB-C, it removes their exclusivity status. Too bad, fanboy. There is more that the EU is proposing though, you might like some of it:

If this passes, it would affect the rest of the world, including us here in Zimbabwe. I am all for it, I’m sick of my headphones and kambudzi using MicroUSB and my phone and power bank using USB-C. Hopefully going forward, all the devices I purchase will have the same port.