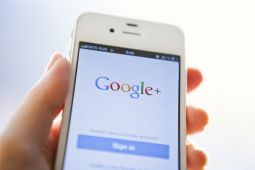 Google the makers of the internet’s leading search engine have announced that soon they will release an update that will see more context being added to search results in a bid to fight fake news and misleading information. This will be done through a new tool called About this result which was released back in July and now seems ready for primetime.

Most people often lack the basic skill to differentiate between genuine information and misleading information and “About this result” is meant to help with that. It is a tool that is in the same mould as Twitter’s labels which gained fame during the Donald Trump administration’s days. Twitter would often label misleading Tweets from Trump and provide links to authoritative sources of information on the topic discussed in the Tweet.

“About this result” is a little different to this but its goal is the same. When you enter a search query into Google you get a set of results that are displayed to you. Google tries, based on a lot of factors, to return the most relevant results to you. What the feature aims to do is provide you with an indication of how and why Google presented you with that sort of result.

Starting today, About This Result will show searchers information about some of these most important factors used by Google Search to connect results to their queries. Because just as these factors help Google decide if a result may be relevant, they may also help people decide what result is useful for them.

Google’s description of the tool

The hope is that once a person takes a peek behind the Google curtain so to speak, they can be more confident that they are getting the right results. Thanks to the COVID-19 pandemic getting accurate and timely information has never been more important. Often times it’s a matter of life and death. A lot of people are getting medical information from the internet during these hard times.

P.S To access the About this result tool you can click/tap on the three dots next to results in Google Search