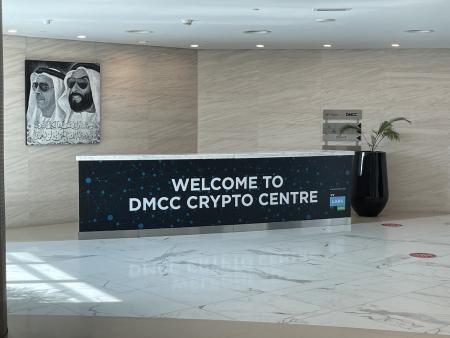 Finance Minister Professor Mthuli Ncube yesterday put out a tweet saying he had visited the DMCC Crypto Centre in Dubai. If you have never heard the name DMCC before, the firm offers a number of services among them cryptographic blockchain, and distributed ledger technologies.

I visited the DMCC CRYPTO CENTRE in Dubai, which is a fascinating incubation hub for crypto currency and payment solutions. Came across solutions that could lower charges for diaspora remittances. pic.twitter.com/krhW8EJHLE

If you have following the Reserve Bank of Zimbabwe’s protracted battle with crypto and their exchanges over the years then this visit by the Minister of Finance is both surprising and not and here’s why. After Golix was shut down, cryptocurrencies have been almost taboo for anyone in the upper echelons of government.

One of the leading theories behind the government’s distaste for cryptos is that cryptos and blockchain tech are not easy to regulate. By this, I mean that the RBZ wouldn’t have as much control over them as it does fiat currency. An example of just how much cryptocurrencies are not even on the RBZ’s radar is their exclusion from the Fintech Regulatory Sandbox. This sent the message that the central bank, and by extension, the govt doesn’t even want to experiment with the technology.

Back in 2018, Prof Mthuli Ncube when he was new to the job said that the RBZ needs to take advantage of cryptocurrencies in Zimbabwe and come up with conducive regulations for it.

“Zimbabwe should be investing in understanding innovations and often central banks are too slow in investing in these technologies….But there are other countries which are moving faster. If you look at the Swiss central bank they are investing in- and understanding bitcoin…….One can pay for travel using bitcoin in Switzerland……..So, if these countries can see value in this and where it’s headed, we should also pay attention…..We have innovative youngsters so the idea shouldn’t be to stop it and say don’t do this, but rather the regulators should invest in catching up with them and find ways to understand it, then you regulate it because you now understand it“

Even more recently in my conversation with former Monetary Policy Committee Member Eddie Cross, he said that Minister Ncube wasn’t opposed to the idea of cryptos in Zimbabwe. All of this suggests that there are other forces at work here that might even be beyond Prof Mthuli Ncube’s pay grade.

This means that it would be prudent to take what he said about finding a solution for making remittances cheaper with a grain of salt. All this trip to Dubai could have be is an exploratory excursion by the Finance Minister. It would be quite the turn of events if, on his return, the government suddenly made a u-turn on cryptos. That being said, the trip itself raises an important question…

There are crypto startups in Zim, why go all the way to Dubai?

“Proudly Zimbabwean” was a phrase that was used by the government at one point in time to try and instil some pride in what we made in Zimbabwe. In this vein why would the Minister for Finance travel all the way to the United Arab Emirates to find solutions for problems that we should be trying to solve ourselves? The Minister’s tweet garnered the attention of an entrepreneur who is in the crypto space in Zimbabwe.

We already have blockchain & crypto companies in Zim such as @Flex_Tx, work with local players.

If you are not familiar with FlexFinTx (@Flex_Tx), headed by Victor Mapunga, it is a local blockchain startup that is looking to give the near 400 million people on the continent without proper identification, self-sovereign digital identities, accessible to them even without internet.

Just this year it became the first Zimbabwean startup to be selected for the World Economic Forum’s Tech Pioneers Cohort. For perspective, this cohort is the same one that Twitter, Spotify Airbnb, Google, Kickstarter, and Mozilla all participated in when they were starting out.

With a startup like this and others like Dystater, Uhuru Wallet, and even ZimboCash, why would the Minister go and seek solutions in the UAE? Shouldn’t there be a concerted effort by the govt to collaborate with the innovators here who are closer to our problems?