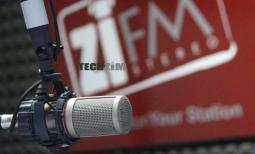 As a Zimbabwean living in an urban area I find I always overestimate the usage of the internet. It is quite entertaining watching trolls from the different political parties duke it out on Twitter. The noise Twitter users make is quite astounding.

To the mind, it feels like everyone is participating in this discourse. That couldn’t be farther from the truth. Only 4.2% of mobile phone users use Twitter. That is because only 50.1% of Zimbabwean households have internet access.

Contrast that with the 62.7% that have access to radio. It appears to be just a 12% difference but we shall look at why it’s significant.

These figures were taken from the 2020 ICT Access by Households and Use by Individuals Survey by ZIMSTAT.

The percentages in actual numbers

Like I said, that 12% difference is much more significant than it looks. Let us look at absolute numbers and not percentages.

So the difference is 471,193 households. With an average family unit of 5, that translates into 2,355,965 individuals. That is a significant number, considering that there are only about 14 million individuals over 3 years old. However, that is not the impressively significant part.

There are 1,870,316 households with internet access and of that number:

So while three quarters of urbanites have access to the internet, only 36% of rural households enjoy the same. When we consider that two thirds of Zimbabweans live in rural areas we realise that rural folk are underrepresented.

When we then also consider that over 90% of internet usage in Zimbabwe is via mobile. And that only 17.7% use those mobile phones to browse the internet at large and 38.3% use WhatsApp. We find that even in the urban areas, the internet is still mostly WhatsApp.

While on WhatsApp there is potential for messaging / promotions / advertisements to go viral, it is not the ideal platform. There is no easy way to gauge the reach of a message. And also the group limit of 256 poses a huge challenge to distribution of information.

So who can you really reach on the internet? Much less than you would think when you hear that half the population has access to the internet.

For radio, we see that over half of the rural population has access. That translates into about 6,709,470 individuals with access. Contrast this with the 4,132,795 who have access to a bit of the internet in those rural areas.

You then realise that when we discovered that 2 million more people listen to the radio than use the internet. The 2 million was mostly the rural based individuals.

For urban users, almost the same proportion has access to both the internet (74%) and the radio (70.7%).

The significance of radio

Everyone seems to be obsessed with the 2023 elections so let’s consider a politician. The proportion of rural households makes it so that one could win an election with only 75% of the rural vote and 0% of the urban. 0% urban!

I’ll repeat, 75% of rural is just more than half of the population. One could ignore the urbanites, as has happened before, and still have the numbers on their side.

So those 2 million rural individuals that have access to the radio and not the internet are more important than they first seemed.

If you have a product / service / message that has the whole nation as a target market, you just cannot ignore radio. Radio remains king.

It gets better for radio. Even those rural households with access to the internet listen to the radio more. It remains the cheaper option to get entertainment.

We shall not even talk about TV. Only 13.6% of the rural households have TVs. That is abysmal. Even the internet is much more popular. TV ownership actually fell from 2014 to 2020.

One thought on “Forget TV and the internet. Radio is how you reach Zimbabweans”