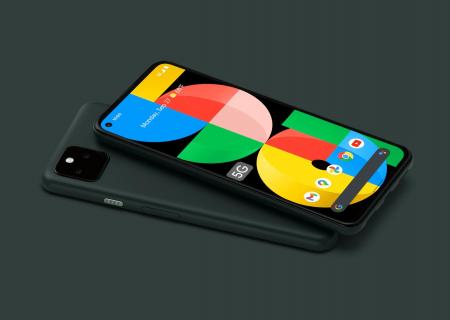 There is no denying it, the Android ecosystem is completely and well broken. Without external help, it’s doubtful that Google and the Original Equipment Manufacturers (OEMs) in charge of the Android project will ever get it fixed.

I am talking about the issue of updates and patches. Right now everyone does pretty much what they want. Some OEMs update and patch their systems for years while others cobble together a buggy ROM install it on a phone and forget about it. There is no set number of years for when a manufacturer is obliged to push updates at all. As already said some don’t even bother with updates. Some like Google, religiously push the latest Android updates, others like Xiaomi make a half-hearted effort and lag behind and some nameless Chinese brands never even bother to provide bug fixes.

The EU can use it’s cloud to fix this

The days when America and its government used to lead the world in the technology sphere are long gone. The two biggest parties in that country are embroiled in bitter ideological feuds they cannot even pass a budget to keep their country open without bickering and name-calling. In the multipolar world the EU, on matters of technology and business seems to be emerging as the leader.

They have managed, for example, to bring a little bit of sanity to the cookie and privacy world with their GDPR provisions which have reduced some of the power tech companies like Facebook had. That’s just one example:

Mandatory minimum support will fix most of Android’s problems

There used to be a time when I looked forward to every Google, Samsung, Apple and even Xiaomi launch event. There would be exciting new radical devices being introduced. Naturally, most of them went on to be flops but it was still exciting to see these new innovations on offer as companies took bold risks. With the passing of Steve, Jobs Apple is now playing it safe.

We have lame phones being introduced each year with barely any improvements. Instead of the iPod, iPad and iPhone kind of launch we are just getting a bigger screen, better refresh rate, ooh a good new camera, better software, smaller bezels… Frankly, it’s insipid and it’s hard to keep awake at times. The only exciting thing to happen at Apple in recent years is Silicon.

It’s not even just Apple. Google too. Why did they even make the Pixel 5A? They just took their Pixel 5A 5G and re-christened it as the 5A. They are not the only ones. These days manufacturers are just making small useless tweaks to their phones each year just so they can push the next iteration. It’s as if they are obliged to make a phone each year.

It would not be a problem if their launching new iterations didn’t affect existing customers. In their rush to provide new shiny iterations, they also see it fit to ruin their older devices. Most of the time I swear it’s deliberate sabotage in a bid to force you to upgrade to a new one. Apple, which is not part of Android by no less guilty, was actually caught pushing updates meant to slow your older phone.

Rather than actively sabotaging their phones by pushing dubious updates, the Android Corps have settled for something less active and therefore hard to regulate-abandonment. They simply don’t push updates at all. When you buy a phone there is no minimum set support period. You just get a phone and hope the manufacturer will be kind enough to provide you with patches and updates. When they choose to not do this you just shrug and buy a new phone or keep using the buggy one with publicly known security flaws.

It doesn’t have to be this way. There is another way. Germany, an influential member of the EU, has already provided a sound proposal that could fix this mess. Make it mandatory for phone makers to support their device for at least 7 years after they first announce or launch it. The good news is that the EU is seriously considering this proposal and it might soon come into effect as early as 2023.

Those who cannot abide by this directive would be free to sell their phones elsewhere like in the horned continent where despots are all about passing laws that give them more power and rule forever rather than on protecting their citizens’ rights. However, such a law could also indirectly protect us in Africa. That’s my hope anyway that it becomes something like what eve have seen with the GDPR.

I am banking on the inherent laziness of manufacturers here. They will probably find it cheaper to just provide everyone with uniform service including extended support instead of having one rule for Africa and another for Europe. Without external pressure, they will just keep what they are doing and drag their feet.