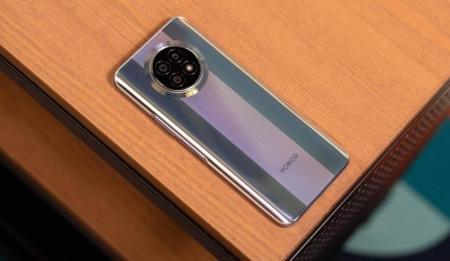 U.S authorities are spooked by a rising and more assertive China. The Asian country seems to be pivoting away from being the manufacturing hub of the world to being a technology leader in itself and it seems the U.S and its allies don’t know how to react to that. Under Donald Trump, America began a practice of targeting dominant Chinese firms and their biggest scalp was Huawei. The company lost its pole phone maker position after it was banned from accessing U.S technologies.

This meant that the company or the U.S counterparts that wanted to deal with it had to apply for exemptions from U.S authorities every time they wanted to share U.S technology with the firm. Those exemptions were rarely granted which meant Huawei couldn’t easily access coveted Snapdragon chips from Qualcomm for example. More devastatingly they couldn’t use Google Services or any other widely used apps like Gmail.

To stem the bleeding Huawei spurn out the HONOR brand which is now owned by a state-backed corporation known as Shenzhen Zhixin New Information Technology Co. Ltd. thinks of Honor as something similar to Econet’s Yomix brand which was aimed at youths and young adults. They wanted to make low-cost phones that appealed to young adults who had less disposable income.

Out of habit, they had established the HONOR brand as a separate entity and that proved fortuitous when Donald Trump and his administration struck. To skirt the U.S sanctions they sold the HONOR brand and its entire portfolio. While Huawei is affected by the U.S ban, Honor is technically not affected. In fact, the company announced recently in July that its upcoming Honor 50 series would ship with Google apps and services.

The hawks in Washington are not happy about this. They were quite pleased with Trump’s ban on Huawei and the effect it had on the company they are incensed that the company is essentially going around the ban with what is just an administrative sleight of hand. They want the Biden Administration to ban Honor under the “national security card” that Trump used.

The thing though is that the Biden administration is different from the Trump administration. Where Trump had a vociferous appetite for conflict and confrontation, Biden and his administration are rather conservative and risk-averse. The current administration leans more to the centre and has been ambivalent over a lot of things.

Whether to put Honor on the entity list is just one of the many things they cannot seem to decide on. According to media reports, top officials at the US departments of Commerce, State, Energy and Defence met last week to decide whether they should also ban Honor from accessing U.S tech. They couldn’t reach a consensus.

That in itself is not very surprising. Putting Huawei on the ban list was controversial, to begin with, because it was based on flimsy reasons. It was never really about national security but a way to elbow out Chinese competition and protect companies like Apple. While Trump’s administration often kowtowed to his will this administration is a coalition of different viewpoints.

It’s possible they will eventually decide whether to ban Honor or not but that remains unlikely and if the decision is made it’s 50-50 whether they will ban Honor or not. For its part, Honor is testing the waters by trying to reenter the U.S market. Personally, I think that’s an unnecessary risk they are taking. There is the rest of the world to dominate without gouding the Americans.