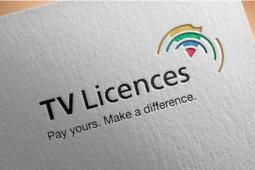 South African Broadcasting Corporation (SABC) is struggling to make people pay for their TV licences just like our own ZBC is struggling to convince/compel Zimbos to do the same. The parastatal firmly believes that part of the reason for this is because of the old fashioned way in which TV licences are administered. They want for there to be a TV tax instead.

This is not a new stance. SABC has been pushing for this for the good part of this year. They have lobbied hard for the current licence system to be scrapped and be replaced by a household levy or TV tax as they think this would better reflect how the world has moved on from the situation that prevailed at the time when TV licences were first introduced. Unfortunately for them, the politicians loathe making changes that might rile up people given how COVID-19 has affected most household’s incomes. The plans to change licences to a levy were rejected a few months ago.

Licence versus Levy/Tax what’s the difference?

Currently, South Africans just like Zimbabweans, pay a TV licence. When you walk into a shop and buy a television set the seller takes note of your personal details and requires you to provide proof of address. If you don’t have a TV licence you have to buy one before you can have the TV. These details are then put into a database.

You are then supposed to renew that licence on an annual basis or at whatever intervals the law says you should. There lies the problem. While people are perfectly happy to pay for a T.V licence when cornered for the first time they just go on to default in subsequent years. As much as two-thirds of South Africans default on their licences resulting in dwindling income for the state broadcaster to pay for their operations. Even the use of debt collectors to put the fear of God into people has not worked.

It gets worse. Thanks to loopholes in the system there are even people who are not even in the licence database but still have gadgets that can be classified as TVs. Most sellers don’t even bother to capture details of customers or even make them pay for a licence. Look at a situation like Zimbabwe where the bulk of TVs is grey imports. The government has no way to keep track of them all.

A household levy on the other hand would be hard to dodge. Think of this scheme as something akin to the hated “Hut tax” of years gone by. Each household would be required to pay a TV levy by default. By default, it’s assumed they have a TV or have the capability to watch SABC/ZBC channels unless of course, they can prove they cannot.

In this day and age, it’s very likely that even a remote hut in rural Zimbabwe has some sort of capability to receive a TV signal one way or the other. If you don’t have analogue reception you probably have digital reception. That, the SABC feels, is a modern take that reflects how the times have changed.

It all sounds very reasonable but it’s going to be an uphill battle to get this enacted. As I said this system would be too effective and would result in everyone having to pay. Taxes are always unpopular and adding one more tax is going to result in some backlash.

It will be even worse if the ZBC were to try and copy such a system. We already have baffling taxes like the 2% IMTT tax which the government has already failed to justify. Adding a TV tax to fund an institution such as the ZBC which a lot of people feel is partisan is not going to be a popular move.