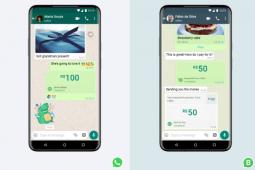 You read the story; some report made it appear as if WhatsApp’s end to end encryption was a sham.

We were told WhatsApp staff can read our secure messages. Which is true, but they deemphasized a crucial point.

Customer service staff at WhatsApp can only see messages that have been sent to them by a user. When a user reports something, the staff receive the offending message in question and up to four preceding messages in the chat.

We could protest the automatic inclusion of the four preceding messages because they are sent whether the user likes it or not. However, the staff need context to be able to make a fair judgement.

Inherent weakness in all communication

So, it is not that there is a back door to bypass the encryption. It is that your messages are only as secure as the person you send them to chooses to make them.

This applies to all secure messaging, electronic or physical. We saw this when Snapchat was launched with its disappearing messages, the feature which has since been adopted by even WhatsApp.

Teenagers sent racy images and the like, thinking any record of their indecency would be wiped off the face of the planet. Nope. Screenshots made sure that wasn’t the case.

Messaging apps have since employed different tactics to try to preserve the illusion of security.

Some block screenshotting in their apps – people just take photos of the screen with other devices. Neither the sender nor the app could ever know that that’s what happened.

Some apps will inform the sender that the recipient has taken a screenshot. The sender can then confront the screen-grabber but the fact remains, a recipient can do whatever they want with the messages they receive.

This applies to fan favourite Telegram; the heralded Signal and every single secure messaging app. E-mail and physical document sharing are also affected.

Here, there is no defending WhatsApp except to say they are not a charity at the end of the day. This could be a problem if we were intent on working up a fuss.

Metadata includes: sender, recipient, time sent, sender location and the like. WhatsApp of course knows your contacts and can see the other apps installed on your phone.

So, they know who you talked to, when, and where you were. How many messages you sent and how often you use the app.

WhatsApp does collect this data. The only thing they do not know is the exact message but the metadata is enough to build a profile for advertisement purposes.

Again, Telegram does collect this metadata too. Although it’s not clear if they use it for commercial purposes.

Why the rush to smear WhatsApp then?

Unfortunately, as has been the case for centuries, politics ruins everything. WhatsApp’s parent, Facebook, is the reason for all the nastiness.

Some believe Facebook was instrumental in the election of Donald Trump and they are still angry about that.

Fact: most mainstream media in the US leans left, towards the party which lost to Trump. So, anything that could paint Facebook in a bad light is readily accepted and not investigated thoroughly.

Facebook partly has itself to blame. The Cambridge Analytica fiasco still haunts many and they are keen to make sure no such thing ever happens again. Also, Mark Zuckerberg would do well to acquire some charisma, that would certainly help.

Would it have even mattered if it were true that Facebook/WhatsApp could read our messages?

At times it feels like we pretend to be outraged just to fit in with some Western journalists. Who on their part, pretend to be that privacy focused to get more clicks on their over sensationalized hit-pieces.

The truth is, for most of us, no one is going to put the effort into reading the, ‘Hey, sup’ texts that dominate our chats.

We will discuss this in a future article, privacy in the third world. We’ll try to make up our own minds on what is important to us and not just parrot first world thoughts.

For now, let us rest easy. The folks at WhatsApp neither care nor have access to our Kkkks and Hahahas.

8 thoughts on “WhatsApp messages are still secure, why the misleading coverage?”