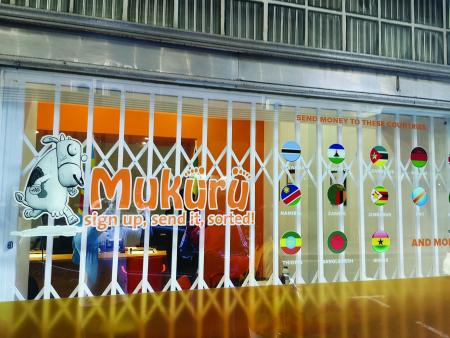 BancABC has announced that you can now collect your Mukuru remittances at their branches nationwide.

You can now collect your @mukurudotcom 💵 order at any @BancabcZW branch 🏦. Bring your National ID or Passport 🛂 and SMS received 📲 to collect you cash.💰

Unless you’ve been living under a rock (which I am sure you haven’t), BancABC has its own remittance service called City Hopper which has a modest rate of 3%. At face value, it is a little strange that they would open their doors to a competitor who does the same thing both across borders and locally.

However, with the pandemic suppressing people’s ability to make an income and with more families relying on money coming from abroad this move by BancABC greatly increases the number of booths someone can collect money.

Now I am sure that it is altruism on the part of BancABC because there is no such thing in the cut-throat business of moving money. The bank must be getting something out of this and if for nothing else they will get to advertise their domestic remittance service City Hopper to more people which has a more favourable rate at 3% when compared to Mukuru’s which is at 7%.

The other difference between the two services is that BancABC’s City Hopper only allows you to send US$250.00 a day (US$1000 per month) for non-BancABC customers and double on both counts for the bank’s clients whereas Mukuru has a US$1,000 limit for domestic transactions.

“For domestic Remittance Transactions, a user of the Mukuru Service will be limited to sending a maximum amount of USD 1,000 (one thousand United States Dollars) per day.”