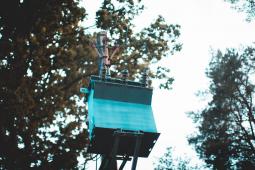 Early this week ZESA again sparked outrage when they announced that they were introducing 12-hour load-shedding with immediate effect. The reason we got from them is the one we have been given so many times before we now know it by heart. ZESA’s subsidiary ZPC is generating so little power it’s not enough to meet peak demand. Also, there are faults at Hwange.

ZESA is such a perennial disappointment you would think we would be used to their ineptitude and excuses by now but people were still understandably disappointed by the new schedule. Now ZESA says they are looking for a solution and again, just like last year it’s one we have heard before:

We are in discussions with Mozambique for the recently commissioned power plants to give us an additional 180 megawatts.

We are also at final stage of discussion with Zambia to get an additional 100 megawatts.

Like I said we have heard this countless times before. It didn’t work then and it will not work now. Importing power to plug our power generation solution is not sustainable. There are two main issues:

Zimbabwe’s parastatals are being run in ways that make you scratch your head in wonder. Like today as I was looking at the “ZUPCO” train pass by my house I was forced to wonder who thought of such an arrangement. Why would an NRZ train be contracted to ZUPCO? Is NRZ not capable of running commuter trains on their own? I mean there is an NRZ Act that gives them this mandate so why would they work under ZUPCO?

I am digressing here, we should be talking about ZESA. But just like any other parastatal ZESA is run in an opaque manner and habitually ignores even the Auditor-General’s recommendations. It doesn’t publish its audited accounts according to the law each year. Honestly, I find it hard to keep track of the improvements they make at Hwange because despite hundreds of millions spent there and at Kariba in “expansion” projects nothing has improved.

In fact, Hwange keeps failing and we hear it’s old yet every other Sunday we are told of expansion projects that are taking place there to boost capacity generation. Same thing with Kariba it’s being expanded and yet the line remains the same each time load shedding is introduced like this past weekend. Zimbabwe needs 2 100 MW of power at peak and we are not are producing far less than this. Our overall capacity generation seems to not be improving.

Time to look at private solar

Given all this, it’s even more baffling that the ZESA has burdensome net metering rules that make it hard to recommend net-metering to the average citizen. You would think with all that power deficit they would be out to get as many people to join the net metering project as possible. Instead, they have rules that again do not make sense. They act as if they have all the power they need when they are implementing 12-hour load shedding.

In countries with little to no power deficits, private homeowners are getting all sorts of incentives to invest in solar and yet here where the sun doesn’t stop shinning we are letting it go to waste. With incentives, we can have private homeowners plugging that power generation gap in no time.

Of course, the easiest way to fix our deficit using solar would be to go for large stations but this past decade has also made it clear that ZESA cannot build a solar plant. Look at the Gwanda project. It’s a mess they keep defending but the fact of the matter is we don’t have a functioning power plant in Gwanda many winters later.

The same applies to the Batoka Power stations. It’s just something politicians like to drone on about whenever they are looking to get elected but that’s not happening in our lifetime. We just need to pick our wins and home solar stations feeding the grid is the best we are going to get in the short term. We might even get enough homes to do this to actually make a difference.

For all these things to happen ZESA needs to change the way it operates. That’s never happening. Instead expect us to import power at inflated prices in the coming days, weeks or months. Like B follows A you will hear surely hear the powers be calling for another tariff increase using the “we are importing power” excuse.

2 thoughts on “ZESA’s power import solution is not sustainable”