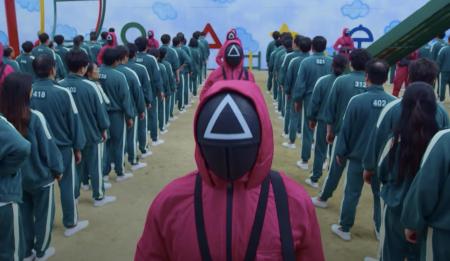 In a report by Bloomberg, Netflix’s Korean series Squid Game was watched by around 142 million households. That number made Squid Game the most-watched new show on Netflix of all time. This information was revealed in a pre-recorded call to shareholders that gleaned over the streaming service’s Q3 2021 results.

What is doubly impressive is that the show only had a US$21.4 million production budget, meaning that Netflix made a tidy sum from a modest investment.

Adding on to that Netflix added around 4.38 million new subscribers in the third quarter of 2021. Squid Game’s arrival was towards the end of Q3 but the hype around it was definitely a contributing factor to subscriber growth. Breaking down the growth in subscribers per region, the Asia-Pacific territory showed the highest peak accounting for more than half of the total new subscribers (2.2 million).

Africa, Europe and the Middle East on the other hand had a combined 1.8 million new subscribers while Latin America brought in 300,000 and the US and Canada had about 70,000 new subscribers.

The world’s largest streaming also made US$7.5 billion in revenue in the period under review. This was a 16% year on year increase and was a marginal climb from what the company registered in Q2 2021 (US$7.3 billion).

Disney Plus is coming…

The encouraging numbers and Squid Game’s success aside, Netflix will have to be on its toes because Disney+ is not too far behind. Analysts have projected that the latter will overtake the former by around 2025:

And with the way time is flying, 2025 is not too far away, so Netflix will have to consistently churn out good content. As well as spreading the free plan it launched in Kenya to other African countries and regions where terrestrial TV still dominates.