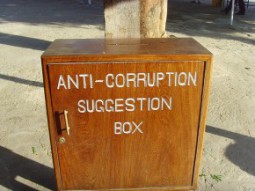 The Swiss-based Basel Institute on Governance, an independent non-profit group dedicated to preventing and combating corruption and other financial crimes recently labelled Zimbabwe a high-risk country. Zimbabwe was ranked the 12th riskiest country out of 110 covered countries in the Institute’s 10th edition of the Anti-Money Laundering Index (AML) of 2021.

The group had no kind words for Sub-saharan countries in general where financial regulations are either severely lacking or practically nonexistent. Also in countries where laws exist, like Zimbabwe, corruption is so pervasive these regulations can be easily circumvented if one paid the right people.

“Sub-Saharan Africa region has the highest overall risk score of all regions. Although data is lacking, of particular concern is the quality of AML / CFT (Counter Financing of Terrorism) frameworks, where some jurisdictions (Democratic Republic of the Congo and Mauritania) have a risk score over 8 out of 10. Apart from Mauritius and Botswana, most assessed jurisdictions face high risks of bribery/ corruption and financial transparency/standards. Zimbabwe’s risk score increased since 2020, due mostly to higher risks of human trafficking.”

Thanks to corruption if one wants to launder money in Zimbabwe they can do so. It’s a fact even the authorities admit as they have accused several companies and individuals of economic sabotage. This means that even terrorists can exploit our system if they wanted to finance their terror activities.

The 11 countries that fared worse than Zimbabwe on the list are:

The Zimbabwean government might try to deny it all they want but the truth is that they are not serious about combating corruption. Apart from lip service and occasional statements by government officials nothing concrete has been done to combat high-level corruption.

Despite widespread and well-known issues of corruption, no high-level official has been successfully prosecuted. The Zimbabwe Anti Corruption Commission (ZACC) spends most of its time going after petty criminals such as teachers who conduct extra lessons rather than the big fish. When they go after big fish they have been accused of employing “catch and release” strategies that are meant to give the impression that they are doing something but ensuring the accused is never sees the inside of a prison.

This report is highly damaging to Zimbabwe’s engagement efforts which have continued to suffer blow after blow in recent years. The government is desperate to attract foreign investment especially in the public sector and it will be hard to do when they are appearing on such lists. They will need to fix some of the issues highlighted in that report if they still want to reengage with the world.

Recently Mauritius a country that appeared on such lists thanks to its Swiss-like banking and business laws decided to be tough on lax financial laws in a bid to get itself off the list.