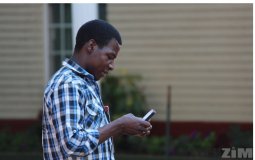 It is Customer Service Week 2021 and we need to take time to appreciate customer service personnel. They have a mostly thankless task, so today we take time to say thanks.

With that done. We have a bone to chew with CBZ and the customer service staff are going to have to accept the legal abuse headed their way.

Just so everyone knows what we are talking about. CBZ Touch is CBZ Bank’s mobile banking application.

This past Saturday I was out and about and tried to pay for something using CBZ Touch. I couldn’t get past the login page and ended up using the inconvenient USSD.

I didn’t pay it no mind, those things happen. See how we’ve learnt to accept poor service in Zimbabwe. Turns out it wasn’t an isolated incident. And actually, I was one of the lucky ones. Some have faced way more frustrating errors.

Challenges with the app

On social media a lot of complaints are being aired and the main issues seem to be:

1. Users are making payments through the app, the money is being deducted from their accounts and yet they are not getting what they paid for. Be it airtime or electricity tokens.

It is taking days for the matters to be resolved. One user complained that it had been a month trying to get a reversal for funds that were double deducted while purchasing airtime. “I think after this tweet, I give up, you can keep the money,” was the cry of despair.

2. Users are outright failing to make transfers or payments using CBZ Touch. Or logging in as in my case. This can be quite frustrating. The only saving grace is that the user can revert to the trusty USSD, which, to think about it, can fail at times too. Is there any escape in Zimbabwe?

Some of these complaints fell poetically below CBZ’s posts celebrating customer service week and it was not lost on the frustrated users.

For one user, the fact that WhatsApp went down at the same time they were failing to use CBZ Touch was one straw too many for their back.

The CBZ Touch app was redesigned a little less than two months ago and we may be witnessing some teething problems. It does appear as if these challenges increased with the huge update. I guess beauty came with its own challenges.

CBZ is still updating the app and squashing some of the bugs. So users would be advised to regularly check for updates. The data is on you of course.

Before you say it, I know, what if you want to use the app to pay for Zol internet or purchase private Wi-Fi bundles so you can check for those updates? Well, I’m no customer service guru but I’d say stop wasting the data trying to open CBZ Touch and rather use that data to update the app.

All jokes aside, there is an update that was released this week and it fixed my failing to log in problem. At this point I’m not brave enough to try to make payments but it might have fixed that too.

I could ask for patience, asking you to bear with the developers as they finalise the new app. I could cite the Facebook, WhatsApp and Instagram downtime a few days ago and point out that even the big apps fail too.

However when I consider that the bank has not responded with a comment. And also, when I think of some user somewhere who slept in the dark for days because all the money they had had been deducted and yet no electricity token had come. Then I can’t help but join the masses and demand that they do better. This is not acceptable.

One thought on “Facing challenges with CBZ Touch? You’re not alone”