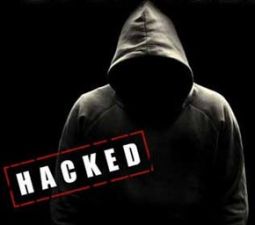 When it rains, it pours. Facebook is still in the midst of dealing with a PR nightmare caused by a whistleblower. Now, mere days later, the big three platforms all suffer an outage. Facebook, WhatsApp and Instagram were down for hours worldwide yesterday.

The outage affected even Oculus, which is Facebook’s virtual reality platform. Also affected were other apps which rely on Facebook logins.

Facebook’s CTO said the outage is because of networking issues. The other official Twitter accounts for the affected platforms addressed users but did not give detail on what the cause of the outage was. They only acknowledged the problem and stressed that they were working hard to fix it.

Just before midnight, Central African time, the problem was fixed for all three sites. What was going on then?

Trying to log in to facebook.com led to the following error:

Earlier, the error message showed that the problem was DNS related. The Domain Name Server failure simply means the internet had lost the address for Facebook and the other platforms and so could not locate where they were. Hence users could not log in.

Trying the instagram and WhatsApp websites led to 5xx errors which occur when the server is unable to fulfil the users request. The problem was on Facebook’s servers.

Facebook’s internal business communication tool was also down. This probably contributed to the problem taking longer to fix, especially considering how a number of employees now work remotely and so rely on those tools for collaboration. Some Facebook employees reported that they could not work at all.

Was it a hack?

Speculation was rife that the platforms were hacked. While security experts admitted that a hack was theoretically possible, it was highly unlikely. The sheer scale of the hack would “require powerful criminal groups to coordinate or use very innovative techniques.” Sabotage from the inside is also highly unlikely.

Some Facebook employees say the outage was caused by an internal routing mistake to an internet domain. So human error was to blame yet again, no malice involved.