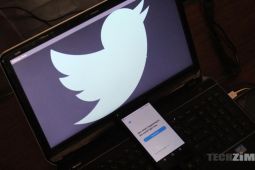 Back in June, Nigeria’s government suspended Twitter in the country “indefinitely” after a controversial tweet by President Muhammadu Buhari’s was deleted. The tweet threatened to punish secessionists which goes against Twitter’s terms of service.

“Many of those misbehaving today are too young to be aware of the destruction and loss of lives that occurred during the Nigerian Civil War. Those of us in the fields for 30 months, who went through the war, will treat them in the language they understand.”

This move didn’t go down well with the people of Nigeria because it was basically blanket punishment for one individual’s transgressions on a platform with set rules and guidelines. On the whole, those who really wanted to use Twitter found ways of doing so (VPNs).

It looks like Twitter and the Nigerian government have been in talks about the ban according to President Buhari’s Independence Day Speech.

“Following the suspension of Twitter operations, Twitter Inc. reached out to the Federal Government of Nigeria to resolve the impasse. Subsequently, I constituted a Presidential Committee to engage Twitter to explore the possibility of resolving the issue.”

President Buhari via The Guardian Nigeria

According to President Buhari, Twitter will only be restored if the platform meets the following conditions.

“Following the extensive engagements, the issues are being addressed and I have directed that the suspension be lifted but only if the conditions are met to allow our citizens continue the use of the platform for business and positive engagements.”

Points two through four are pretty reasonable, we saw something similar in Kenya with its Digital Services Tax last year. However, point one is a little worrying because there are many ways to interpret “National Security and Cohesion”. I don’t want to speculate but in the African context that isn’t a good recipe. As for point five, I am pretty sure that Nigerians tweeting constitutes local content.

In a report by The Verge Twitter’s response to this was that discussions with the Nigerian Authorities were respectful and productive. The company also said that it would continue to talk to the Nigerian government to find a resolution to the platform being restored in the country.