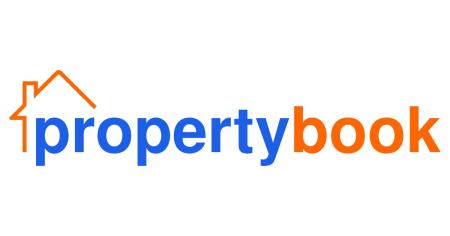 The property market has become something of the wild west in the last decade or so. This is in part due to the popularity of social media marketing and housing groups which have brought with them bogus agents making people pay ridiculous fees just to view properties or even downright fleecing people of their money.

Now, this isn’t to say that all groups are bad but shelter is one of those things that if you are in a pinch, you will pay and fall for whatever anyone is peddling if it means there is a possible solution for ending the anxiety of finding somewhere to stay.

Propertybook is a company that has existed on Facebook and other social media during that time and it has quietly been plugging away at addressing deficiencies (new and old) that exist in Zimbabwe’s residential and commercial property market.

As earlier alluded to, Propertybook has been around for quite some time. It started out as a Facebook community group back in 2006. The intent behind the platform was initially as a way to help family and friends find houses for rent in Harare.

As with all things the scope of this quickly went beyond that as membership grew to include neighbouring towns and eventually cross-border communities. In 2014 Propertybook launched its very own website, making the giant leap from social media to standing on its by itself.

At the time there were no property portals where one could use search filters to find what was within their budget and specifications. But this move by Propertybook completely evolved the company’s business model because it quickly gained the trust of real estate agents.

After this most of the other groups Propertybook had on social media got their own websites. Most notably Harare Rooms for Rent which after reaching 80,000 members got its own online portal (https://www.rooms.co.zw/) with the same functionality as the main page.

Following the success of both these ventures, Propertybook decided to try something truly bold.

To explain this properly we’ll have to take a look at all the other brands that are housed under the Propertybook umbrella Harare Rentals, Stands, On The Market and On Show. The first two are pretty self-explanatory but the other two might need a bit of expounding.

On Show, allows you to see which houses or properties are, as the name suggests open to prospective buyer/tenant visits. The site features show dates show date where the property will be open for viewing. You can then schedule the time which you’d like to come and see it during the advertised viewing hours.

On the Market, on the other hand, is akin to the 93 Facebooks groups that Propertybook manages because it is a website where you can list a property for free.

What is truly impressive about all of these platforms is that all of them are connected via the Propertybook Cloud. This means that if a property is posted on one site or by one of Propertbook’s many agents and partner real estate firms, it will pop up on all of them meaning that the reach of a listing is greatly extended.

Additionally, Propertybook can build a website for any realtor or firm that can be incorporated into its cloud. Prominent real estate firms like Kenna Properties and Pam Golding are among those that are part of the Proberbook Cloud community.

The granular nature of Propertybook’s services, as well as their partners and clients, means that as we move forward, we could see fewer sham entities and agents on the market. From what we can see the sky’s the limit for Propertybook and we hope to see more services in the future that will not only combat present problems but address things like the lack of mortgages.