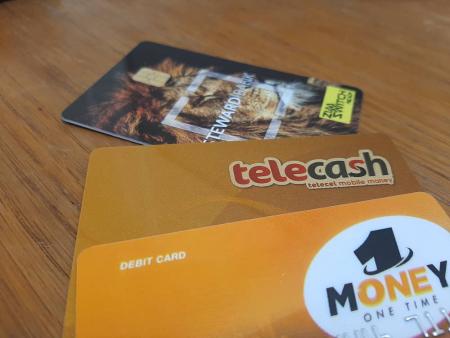 As far as I know, I have never owned a Telecel line and seeing as y’all were upset that I was “bashing” the country’s smallest mobile network operator for its 15% Teleceash bundle discount, I’ve decided to become a Telecel subscriber. Getting the line was simple enough and it’s cheaper than getting an Econet line which costs ZWL$150 as opposed to Telecel which is at ZW$100, plus you get a free ZWL$50 juice card.

So while I was getting my line and mobile money registered, the attendant asked me if I’d like a Telecash Gold card. I have been collecting lite accounts like a hoarder over the last year, so who was I to say no to another card. In my defence though, the Telecash swipe charges are pretty reasonable and like with my OneMoney wallet, I can send money to EcoCash diehards at a cheaper rate than they can send money to me… One wonders why the whole interoperability thing was such a big deal because not much has changed but that’s a story for another day.

Anyway, while I was filling in the form I finally got a look at the card and well… it was a magstripe (Magnetic Stripe). Everyone and their grandmother know the Reserve Bank of Zimbabwe has over the years “encouraged” banks to convert to EMV Chip cards because they are far safer than the easily cloned magstripe cards.

“Further to the cyber security guidance, market participants are required to migrate to Euro MasterCard and Visa (EMV) standards to ensure enhanced card security features to curb cyber related activities. Currently, over 80% of the card infrastructure in the country is now EMV compliant. Financial institutions should therefore ensure that all cards issued in the market are EMV compliant by 31 March 2019.“

To aid in the adoption of the safer EMV Chip cards (or Chip and Pin Cards) we have seen banks urge stragglers who still hadn’t made the switch. The last bank we know of to phase out magstripe cards was Steward Bank in March this year.

It’s not just Telecash, OneMoney is issuing them too

After getting my Telecash card I thought it would only be prudent to get one for OneMoney as well. And low and behold another magnetic stripe card. When I asked the attendant who served me why they haven’t made the switch to EMV chip cards, I was told that they had not arrived yet.

This little adventure of mine wouldn’t have been complete without a trip to EcoCash to see if they are still issuing mobile money debit cards. Well… to this end I was told that EcoCash had discontinued its debit cards and the only way you can access funds in your wallet via a card is through your bank account or if you don’t have one, you can open a Steward Bank account.

However, before EcoCash discontinued its debit cards they were issuing EMV chip cards

Being the glutton for punishment that I am, I went to Steward Bank to open a lite account just to make sure that it was EMV compliant and sure enough it was. The process, however, was no walk in the park, I really like that banks have started Digital KYC and onboarding because no one should be in a queue in this October heat.

There have been a litany of card cloning stories over the last half-decade or so. A lot of people have lost their money to people who can scan and reproduce magstripe cards.

Now, the argument is “with banks making it easier to open accounts who still uses mobile money as their primary financial service?” and fair enough however you’d be surprised to know that people are still queuing to open accounts at physical bank branches while many banks are allowing account opening via USSD or even on data free zero-rated apps.

By that logic and with how the news of these innovations has not travelled, it stands to reason that there are people who still depend quite heavily on mobile money. More so after the limits were addressed recently by the Reserve Bank of Zimbabwe.

Continuing with that train of the, why are Telecash and OneMoney in 2021 still issuing cards that, by the RBZ’s measure, should have been phased out?